"(Pornographers) can film at their filthy San Fernando Valley motels, but not in my kids school and library." 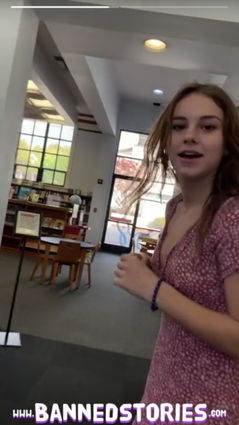 A young woman leads her, umm, videographer into the aisles of the Ocean Park Library. They take off their clothing in the aisles, and you can just imagine where it goes from there. But "don't be fatuous, Jeffrey."

"Where my children walk to school and study books is sacred space," says McLaughlin, a Santa Monica mom. "Would you like to have your children at the library and walk around the corner and have them see that?" she asks.

McLaughlin denies that the makers of such videos, showing explicit sex in public places, are simply exercising their rights under the First Amendment to the US Constitution. "They can film at their filthy Valley motels, but not in my kids school and library."

Obscene speech is not protected by the First Amendment, but the US Supreme Court has struggled to codify a definition of obscenity. A 1970's era US Supreme Court case says that obscenity lacks SLAPS: "Serious Literary, Artistic, Political or Scientific merit." A few years later, the Supreme Court defined obscene pornography as film "utterly lacking redeeming social value."

Harvard Law School Professor Alan Dershowitz defended the film producers of Deep Throat, a 1972 film banned by several US States as obscene. Dershowitz maintains that each of us has a Constitutional right to watch what we want to see. He notes that he himself has never seen Deep Throat, exercising his legitimate First Amendment right not to see it.

In public debates, Dershowitz commonly argues against censorship of pornography on First Amendment grounds, and maintains that consumption of pornography is not harmful.

The Ocean Park branch of the Santa Monica Public Library is an Andrew Carnegie library. Parts of the small library building are over 100 years old. 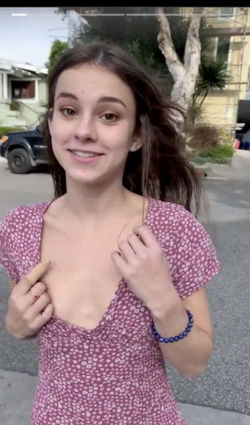 The video, which is VERY EXPLICIT and which you should NOT click if pornography offends you at all, may be seen by our mature ADULT readers who want to judge it for themselves and are NOT easily offended at: https://www.pornhub.com/view_video.php?viewkey=ph5e1cc62517e5f&fbclid=IwAR0DdM0AHlrimgC7jSjT6waByxybxCFudZtFXzNJth4puN6QCfwnVtUwZOw