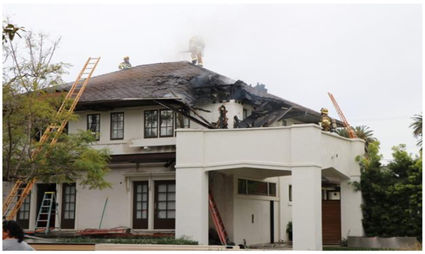 Fire at 305 Alta in Santa Monica damaged a home Thursday

Santa Monica Fire companies responded to a report of smoke coming from the roof of a residence at 305 Alta Avenue. This on Thursday February 27, 2020, at 2:36 p.m.,

The first arriving engine company found a well involved attic fire and started an aggressive coordinated attack on the fire. The fire required a second alarm structure fire assignment for additional resources and was controlled in 33 minutes. 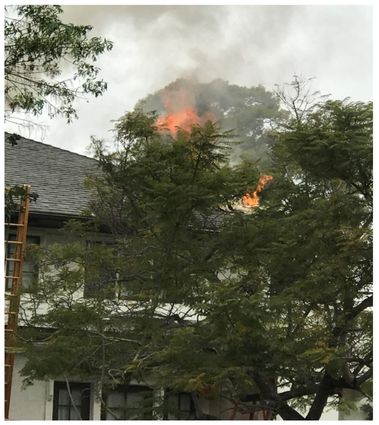 Fire at 305 Alta in Santa Monica damaged a home Thursday

The Santa Monica Fire Department committed six engine companies and a truck company. Los Angeles City Fire Department provide one engine and one truck to assist. Although the fire was controlled quickly, the incident required a significant amount of overhaul to completely extinguish the fire. In addition to the extinguishing the fire, firefighters completed a significant amount of salvage, limiting the amount of water damage to the content of the residence.