"Spock's Brain" Actress Marj Dusay Dies at 83, She was Remembered for Soap Operas as well

Spock's Brain Episode was widely panned as the worst Star Trek episode ever, "I was embarrassed" by it said Leonard Nimoy 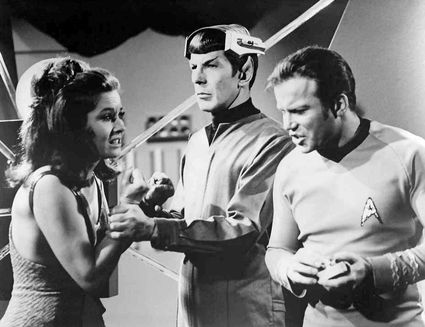 Soap opera actress Marj Dusay has died at 83, says Elizabeth Perine in a Facebook post. Her stepdaughter posted that Marj "passed away peacefully" in her sleep on Tuesday.

"She was quite a woman and had quite a grand life. She was deeply loved and will be deeply missed," Perine said in a Facebook post.

I'm sure she was a more than competent actress, but the 1968 episode entitled Spock's Brain, in which Dussay starred, is widely regarded by Trekkies as the worst of the series. After NBC had pretty much decided to kill the 1960's sci-fi series, the show was moved to PM. The budget was cut, the writing was poor. I'm certain Miss Dusay's acting was more than adequate.

Dussay played an alien who disappears with Spock's brain, leaving his umm, disembrained body for Kirk to discover. William Shatner chases the attractive alien to the planet's surface, where he finds and restores Leonard Nimoy's brain. https://en.wikipedia.org/wiki/Spock%27s_Brain

The episode is generally regarded by most fans, and those who took part in its production, as the worst episode of the series. William Shatner called this one of the series' worst episodes, calling the episode's plot a "tribute" to NBC executives who slashed the show's budget and placed it in a bad time slot.

Leonard Nimoy wrote: "Frankly, during the entire shooting of that episode, I was embarrassed - a feeling that overcame me many times during the final season of Star Trek."

Zack Handlen of The A.V. Club gave the episode a "D" rating, describing the writing as bad and repetitive and the direction as weak. He added that it had its funny moments and some parts had "a lumpy B-movie charm".

In his book What Were They Thinking? The 100 Dumbest Events in Television History, author David Hofstede ranked the episode at #71 on the list.

The episode was referenced in Modern Principles: Microeconomics by Tyler Cowen and Alex Tabarrok of George Mason University as an example of how it is virtually impossible to have a command economy; in that not even Spock's brain could run an economy.

Star Trek co-producer Robert H. Justman ruefully recalled in the book Inside Star Trek The Real Story, that he was the person who suggested that Spock's brain, after being rescued by the Enterprise crew, actually "takes over during surgery and instructs Dr. McCoy exactly how to go back reinserting it back where it came from - inside Spock's skull".

In 2012, The A.V. Club ranked this episode as one of top ten "must see" episodes of the original series.

In 2013, Wired magazine ranked this episode one of the top ten most underrated episodes of the original television series, noting that despite it being regarded as the worst episode it occupies a special place in Star Trek lore. However, they also suggested this episode was skippable in their binge-watching guide for the original series in 2015.

In 2016, SyFy included this episode in a group of Star Trek franchise episodes they felt were commonly disliked but "deserved a second chance". 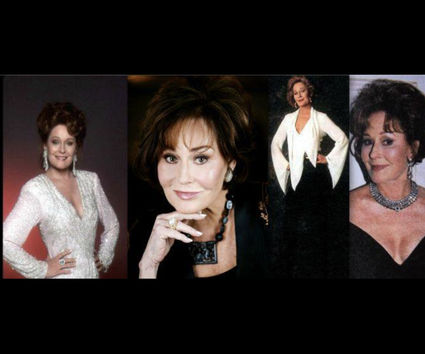 In 2017, this episode was rated the 3rd worst episode of all episodes of the Star Trek franchise, including the later series but before Star Trek: Discovery, by ScreenRant In 2018, CBR included this episode in a list of Star Trek episodes that are "so bad they must be seen".

Her big screen debut came in 1967 in "Clambake," which starred Elvis Presley, according to The Hollywood Reporter.

The following year, Marj made her first memorable appearance in the original "Star Trek" series. In the episode "Spock's Brain," Marj played Kara — an alien who removed and stole Spock's brain and took it to her own planet.