As California DMV Closes, Feds Put Off Real ID Enforcement at Airports For a Year 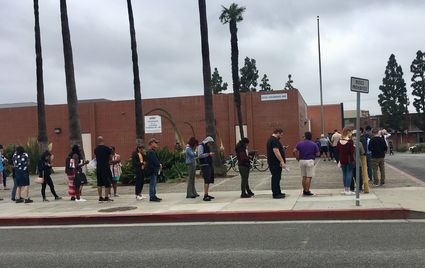 Long lines at the DMV in California, after the State DMV went to a new "self service" computer system. It turned out to be the latest in a long comedy of errors by the California DMV.

As California closed all DMV locations due to the Coronavirus, the Department of Homeland Security announced it would extend enforcement of travel ban on passengers without Real ID, one full year. The new deadline is now October 21, 2021.

"Thank God they extended it, since most state DMV offices are now closed," said Max Yardley, a California resident. "I had an appointment to get a real id at the DMV, but it wasn't till June. They were pretty backed up," he said.

After California began issuing ID cards and drivers licenses to anyone, no matter what they had in the way of birth certificates or identification, the DHS announced that it would require "Real ID" features on State issued identity cards in the future.

Long lines are not at all unusual at the DMV in California. This was especially true in October, when the State DMV went to a new "self service" computer system. Meant to cut waiting times, it turned out to be the latest in a long comedy of errors by the California DMV. 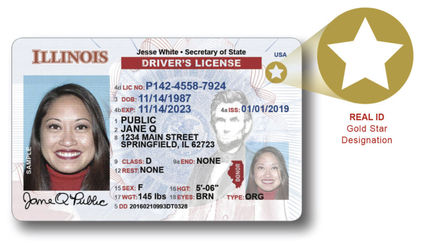 The Cal. Dept. of Motor Vehicles announced late Thursday 3/26 that as of 3/27/2020, DMV field offices will be closed to the public in order to ensure customers’ safety during the evolving pandemic. The offices will re-open April 2, but only in a “virtual” capacity in which employees will be at their jobs on site, but the public will interact with them only online, according to a news release.

On the DMV’s website, customers still will be able to conduct business that previously required in-person visits, such as vehicle title transfers and complex vehicle registration renewals.

“Field offices will be temporarily closed to the public statewide beginning March 27 and reopen, virtually, on April 2. All in-office appointments at this time will be canceled. Customers are encouraged to check the dmv.ca.gov website for future appointment availability,” DMV officials said in ITS news release.