Masks had not been required while exercising. Then, masks outdoors had only been advised and not required 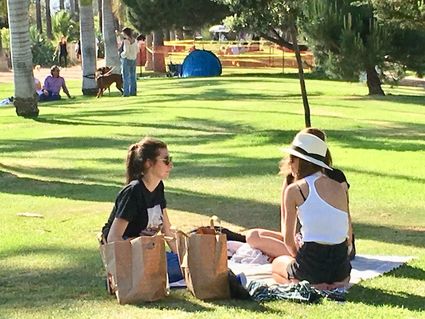 Previously, masks had not been required while exercising. Before that, masks outdoors had only been advised and not required. So which is it?

On May 14, the City sent out one of its dreaded "updates." This one required citizens to wear face masks when outdoors, even when exercising. Previously, masks had not been required while exercising. Before that, masks outdoors had only been advised and not required.

We wondered if there was any science behind the new restriction, which had been instituted the same day by the City of Los Angeles. Both Los Angeles and Santa Monica point to a May 13 Los Angeles Department of Public Health order as the basis for the new requirement to wear face masks at all times when out of doors.

However, the County's order actually makes no mention of a requirement to wear masks when out of doors. All the County's DPH says is to where a mask "where there is or can be contact with others who are non-household members in both public and private places."

The distance of "contact" is not defined, but certainly does not refer to people across the street from you. Nor does the County take any responsibility for the decision of Santa Monica and LA to require face masks outdoors. They responded to our inquiry about the science behind this requirement by writing, "The new Order that you are referring to was given by the Mayor of Los Angels and pertains to only the city of Los Angeles, not the county. For questions on this order and the scientific data, please contact the Mayor's office directly."

We were not surprised that the City of Santa Monica, which decided to copy the City of LA, could not provide any reasonable rationale for the new requirement. The City's Public Information Officer, Constance Farrell, gave us some general information about the benefit of masks for preventing the spread of infection. She did not add that this benefit really only applies when masked are worn indoors. "Public health officials have shared over the past weeks that there are many people who are asymptomatic but have and can spread the virus. By wearing a face covering we protect those around us and ultimately saves lives and flatten the curve," Farrell wrote. (Flattening the curve is not the same as saving lives, but we won't go into that.)

Yes, it is true that the SARS-CoV-2 virus can hang in the air when indoors. Even a cloth face covering may help prevent an asymptomatic carrier of the virus from spewing germs into the stagnant indoor air where it might be breathed by someone else. The virus has been found to be capable of aerosolization, which means it can travel up to 10 meters on small air molecules.

But these facts do not hold true while people are outdoors. In the outside air, the virus particles become quickly dispersed and do not gather together for a large enough load to infect others unless two people are talking at close quarters for several minutes. People passing each other, such as when walking, running, or bicycling for exercise, pose a negligible threat. In a New York Times article from May 15, the use of a mask outdoors is not thought to be necessary. An engineering professor and aerosol scientist from Virginia Tech, Linsey Marr, is quoted. "There's so much dilution that happens outdoors. As long as you're staying at least six feet apart, I think the risk is very low."

Further in her email, Farrell gets closer to the possible true reason Santa Monica is increasing their requirements for face masks. "To continue to reopen additional businesses and lift additional restrictions, face coverings will help us get there."

In typical bureaucratic fashion, Farrell conflates wearing masks indoors (probably helpful) with wearing masks outdoors while exercising (probably useless and might even be harmful). Yes, it is in fact important for people conducting business indoors and when in close, prolonged contact outdoors, such as a curbside transaction, to wear masks when dealing with one another. But no, that is not the same as people walking or jogging past each other on the street. The fact that people are wearing face masks while exercising outdoors will have no effect whatsoever on the progress of the reopening of businesses.

But the city must have had some reason for instituting the new requirement. Two possible true reasons come to mind. 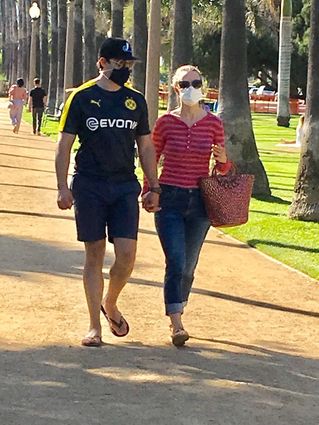 1. The entire state has been in lockdown mode for over two months. People are sick of it. As restrictions are lifted and businesses open, the autocracy is afraid that citizens are going to break completely with all safety procedures in their desire to behave normally once again. Therefore, it was thought prudent to increase the safety protocol in some fashion to maintain an appropriate atmosphere of fear. Because we hoi polloi cannot be given real facts and data and be expected to act rationally on those real facts. We must be treated like irresponsible children.

2. The city is getting numerous complaints from a certain cohort of the citizenry. Let's call them the anxious-overreactive-scold cohort. This group demands the city crack down on all of their irresponsible neighbors who don't wear a mask while they jog 8 feet away from everyone in the street. "Masks save lives! Make them wear masks!" It was easier to give in to the angry cohort and look like they were being safety-conscious than to stand up for reality.

The bottom line is there is no decent medical reason for suddenly deciding everyone needs to wear cloth face masks at all times when outdoors. Only a political reason.