"How can you be happy over this?" Leftists wonder, while those on the right wonder why protestors are on an interstate at night. 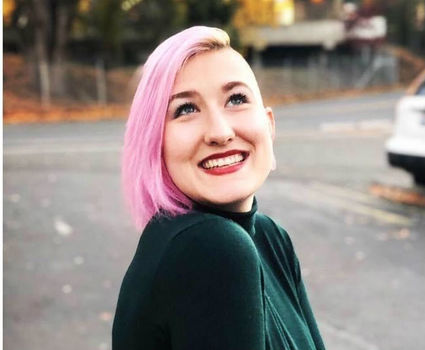 Transgender activist Summer Taylor and another transgender person struck on I-5 during a freeway protest.

Saturday night social justice warriors shut down I-5 in Seattle, the way they have shutdown freeways since the death of George Floyd at the hands of Minneapolis police on May 25th. They used their bodies. The Seattle police reacted with tolerance by shutting down I-5.

But one driver either accidentally or deliberately took matters into his own hands, plowing into a crowd of protestors, injuring 4 and killing one.

"Summer Taylor, 24, and their friend, Diaz Love, were hit by a car at high speed during a Black Lives Matter protest on Seattle's Interstate 5. The road had been closed to drivers to allow the demonstration to take place. A man has been arrested in connection with the incident," tweeted the Seattle Times, summarizing the story.

The two hospitalized protestors were transgender people, referred to gently in the mainstream media by the proper pronoun. Predictably, given the facts, Twitter and other social media litup with angry posters on both sides of the US Culture Wars.

"Just about every person replying here happy that two people were hit are themselves horrible human beings and should spend some time in introspection as to how they got that way and how they can recover.#Shame," tweeted David Tuniman.

Interstate 5 freeway is a symbol of American opulence and power that runs all the way from Mexico to Canada, linking the major cities of the West Coast. Only San Francisco is left out, too far West for I-5. Like other symbols of American power, the Cancel Culture decided to cancel it.

"I am on scene of the incident on I-5 and Olive way. A vehicle drove through the closure and struck multiple pedestrians on the freeway. Two people were transported to Harborview. One with life threatening injuries and one with serious injuries." tweeted then deleted by one Trooper Rick Johnson, referring to Harborview Medical Center in Seattle.

"Protesters on a freeway, at night, chanting "fu*k the police" in video. - Car hits people- "Call the police"/ Soon they will be calling social workers and community justice observers if this narrative continues." Tweeted Neosporen.

"I am so shaken up The tears just keep on falling man no one deserves to be hit by a car at such a high speed this is tragic no matter what you believe and we can all agree that you don’t hit someone with your car the fucking freeway was closed man." tweeted MLove.

Predictably, some of the twitter comments blamed Donald Trump for the incident, even though he was 2500 miles away at the time. "After Trump calls protesters anti-American enemies. He should be held responsible for his inflammatory comments that lead to harm," tweeted Virginia Kneib. 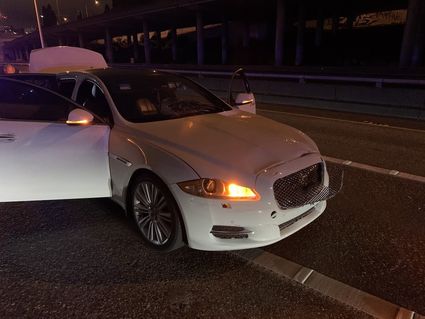 "Here are two pictures of the suspect vehicle that struck two protesters on I-5 this morning. Investigation into motive and point of entry in to I-5 are still under investigation."

"It was only a matter of time at this point. The non protestors are sick and tired of I5 being shut down repeatedly twice every damn night. Maybe WSP needs to go back to the drawing board because there’s more of us than there are protestors," tweeted a woman named Meg. WSP refers to the Washington State Patrol, the State police.

MSM of course, slanted the story a certain way. "A young protester has died from injuries she suffered when a luxury car plowed into her and another woman during a Black Lives Matter protest Saturday on a Seattle freeway that has been shut down for days due to the civil unrest, police said. https://abcn.ws/3gus5Lv"

""luxury car." you know they discussed how to adjust this narrative when it didn't fit the game plan. Our media is irredeemably evil. and every time i see evidence of it, it's like i'm discovering it for the first time," tweeted Greg Gutfeld, a regular host on Fox News.