Angela Martinez Gomez, 42, died July 6th allegedly from Covid19, and her coworkers at Burger King on Santa Monica Blvd say they were not warned.

Angela Martinez Gomez, 42, died July 6th allegedly from Covid19, and her coworkers at Burger King in Santa Monica say they were not warned.

Ángela Martínez Gómez died on Monday, July 6, 2020. No cause of death has yet been released.

Yolanda Garcia told the Daily Mail that she is now the third worker to develop symptoms of COVID-19, but claims Burger King is yet to contact any employees about quarantining or getting tested after managers allegedly said Angela had died from injecting herself with hormones.

She also accused management of failing to enforce social distancing in the workplace and not providing workers with new face masks for each shift.

Her co-workers picketed the restaurant on July 12th, alleging that she was allowed to continue to work after displaying symptoms consistent with Covid19. 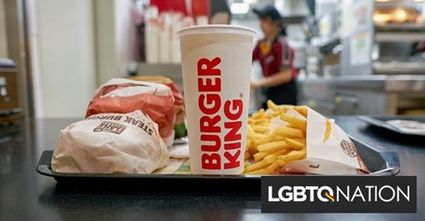 Angela Martinez Gomez, 42, died July 6th allegedly from Covid19, and her coworkers say they were not warned.

"A trans woman named ANGELA GOMEZ,a 15 year employee at Burger King worked for a week straight with severe symptoms after management told her to keep working. She died. BK is blaming her "hormones" for her death. Workers are going on strike in Santa Monica, boycott and spread this!" Tweeted the Raven.

Angela wasn't trans she was Muxé (specific to the Zapotec community). Indigenous people and their identities deserve to be respected. En pàz descanse" tweeted '4'2 and simping." Gomez was from Oaxaca Mexico.

"I'm not against your cause, but I'm against the exploitation of my friend's narrative that you didn't ask permission to use nor have respect for her Muxé identity." Tweeted self described "close friend," Tomas Mier.

"Angela left a mark on all the people that met her, she was always a very happy and humble individual," says her go fund me page. "Her friends, family and acquaintances will always carry her in our hearts. She taught us to fight for our dreams and to be ourselves. For those reasons and for many more, we will miss her so much for the rest of our lives."