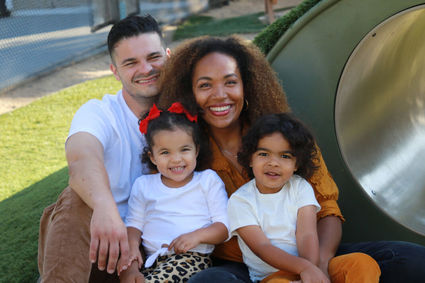 Kristin McCowan with her family.

History was made on Tuesday when the majority of council members voted for Kristin McCowan to join them on the virtual dais. With that decision, McCowan became the first black Santa Monica council member. Prior to the appointment, the council had not included a black person of any gender (or non-gender) in nearly 50 years.

McCowan, a Santa Monica native in her early 40s, was one of two people among the more than 100 applicants for the vacant seat who had a realistic chance of being appointed. The other was Karen Gunn. Both are black women, and people have been demanding the council add a black person in a time when racial justice is a hot topic.

"I am so humbled and honored," said McCowan following the appointment. "It is a privilege to serve my hometown."

The session lacked the drama of council member appointments of the past, which have included several rounds of voting and even non-decisions that force an election. Councilmember Gleam Davis nominated McCowan, and Mayor Kevin McKeown put Gunn's name forward.

Then the council voted--Davis, Terry O'Day, Ted Winterer, and Sue Himmelrich for McCowan; McKeowan and Ana Jara for Gunn. After the winner was clear, McKeown changed his official vote to McCowan as a show of support.

Prior to the vote, the council took some phone calls for public comment. Among the callers was Greg Morena, whose resignation last month created the vacancy. Like McCowan, he is a Santa Monica native, and told his former colleagues that he supported her appointment.

"I believe there is nobody better to navigate this City during this critical and historic time," said Morena of his former high school classmate. "Kristin brings an important voice to our council...she's an incredible leader, and I believe she will carry us forward stronger and better than ever."

There were a couple other calls supporting her, and a few from people who said the council should not make an appointment. They called it an "undemocratic" process. Their gripe was that an appointee would have a tremendous leg up in November when the person would have to win an election to keep the seat. The naysayers wanted the council to keep the seat vacant until then so that there would be nobody with an incumbent status.

"If there's a candidate so compelling, then convince us," said Andrew Nasatir, head of a group called Santa Monicans for Democracy. "Campaign for that candidate and let us decide whether to ratify your decision in November." 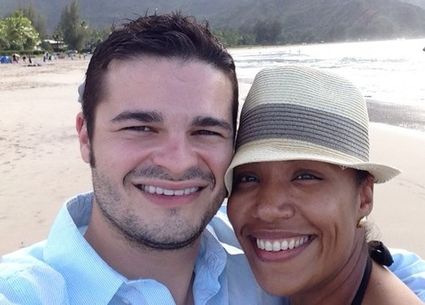 Kristin McCowan with her husband.

In addition to there being an appointee majority on the council, there is more noticeably now a female majority. McKeown said that was the first time this has ever happened, but a Santa Monica publication says it's actually the second time. We were on the deadline and didn't have time to do the research. Himmelrich said she was happy to see five female faces (including Interim City Manager Lane Dilg) on the screen for the virtual meeting.

She said, "I knew a time in my life when there would not be any women, and now we are in a majority, and we can do things the way we think it ought to be done."