While the Left Accuses America of Racism, the Chinese Communist Party is Sending a Religious Minority to Concentration Camps

The Uygher minority are being rounded up and taken to reeducation camps by the Chinese army.

The US is focused on a few protestors in Portland, but meanwhile the human rights crisis in China has become really serious. Tape has emerged of a Muslim minority called the Uyghers, being shaven, blindfolded, handcuffed, then shipped on trains by the Chinese Army to concentration camps.

"What you’re watching is Uigher Muslims escorted off of trains headed off to forced labor camps. All of their heads are shaved. A second holocaust is happening right now, in the age of technology, and we are mostly silent." tweeted the film's purveyors.

"This is happening now, and as when the Nazi's rounded up the Jews to ship them to concentration camps like Auschwitz and Dachau, few people are saying anything," said conservative commentator Ben Shapiro, on his widely watched daily podcast.

At these camps, the Uighers are physically and mentally abused by the communist party regime. Since 2015, it has been estimated that over a million Uyghurs have been detained in Xinjiang re-education camps.

The camps were established under General Secretary Xi Jinping's administration with the main goal of ensuring adherence to national ideology. Critics of China's treatment of Uyghurs have accused the Chinese government of propagating a policy of sinicization in Xinjiang in the 21st century, calling this policy an ethnocide or a cultural genocide of Uyghurs. 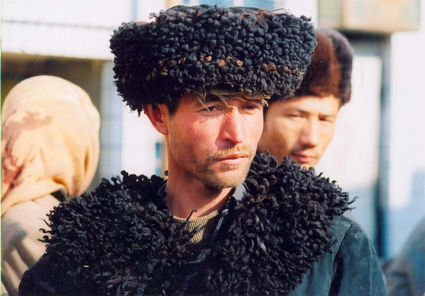 The Uyghurs have traditionally inhabited a series of oases scattered across the Taklamakan Desert within the Tarim Basin, a territory that has historically been controlled by many civilizations including China, the Mongols, the Tibetans and various Turkic polities.

The Uyghurs gradually started to become Islamized in the 10th century and most Uyghurs identified as Muslims by the 16th century. Islam has since played an important role in Uyghur culture and identity.

An estimated 80% of Xinjiang's Uyghurs still live in the Tarim Basin.