A huge fireball in Shenyang City, China, caused no injuries but produced a video that will be watched for decades. When lightning struck a high voltage powerline, it ignited the atmosphere around it. The rare sight was captured by at least 3 videocameras--dashcams are common in the People's Republic.

"The moments of a building in #shenyangcity, China hit by thunderstorms were captured by different people from different angles. It happened today. 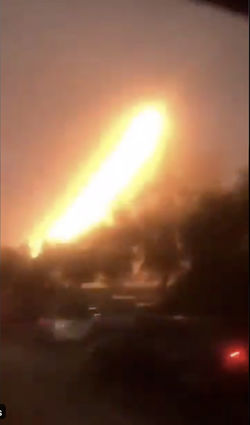 The apartment building in Shenyang during a lightning strike.