Kashmir is No Longer an Apartheid warzone- Thanks to the Indian Government.

To understand the nuances of an historic move, one needs to appreciate the complexity of the Kashmir Valley. 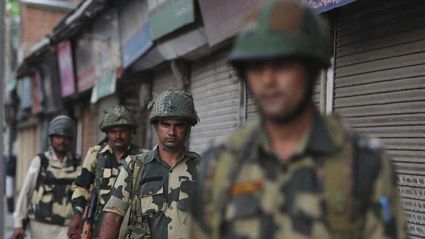 Exactly one year ago, on August 5th 2019, a 72-year wait was over. Prime minister Narendra Modi of India had just reversed the political blunder committed by the first Prime Minister of India, Jawaharlal Nehru regarding the Indian State of Jammu and Kashmir. It is a day that will be forever remembered as history was being rewritten.

The Indian parliament had just voted to integrate the State of Jammu and Kashmir fully and finally with the rest of India. Something the country has been longing for 72 years but one that previous governments had lacked the political will to do so. This move paved the way for the full integration of Kashmir with the Union of India.

The state has since also been bifurcated and turned into two Union territories- Hindu majority Jammu and Muslim Majority Kashmir, which will be one entity and Ladakh, a Buddhist majority will be another. This ensured that the central government of India has control over these regions and will treat Ladakh, which has long been neglected politically, as a separate territory.

This move is undoubtedly a huge leap forward toward global peace, dismantling the war-like ambience of Kashmir and cutting off the lifelines of radical terrorism from across the border.

To understand the nuances of this historic move, one needs to appreciate the complexity of the Kashmir Valley. Pakistan did not exist till August 14th 1947 when there was a partition to create an Islamic theocracy Pakistan and a Hindu majority Secular state- India.

In the last 72 years however, there have been four wars between the two nations instigated by Pakistan with India, all four of which were coincidentally won by India and countless other terrorist attacks. The main issue of contention between the two countries is the ownership of Kashmir- an area that was given the same choice as all the other princely states in 1947 to pick between India and Pakistan. As one of the only Muslim majority states, Pakistan had expected a Kashmiri accession. However, the ruler of Kashmir at the time, Raja Hari Singh was not sure and wanted more time to decide. And when the Pakistani army sent in tribals along with militants to attack and it, Hari Singh asked the Indian government for help which the Indian government agreed to, only in return for Kashmir's accession into India.  The Raja agreed and an Instrument of Accession was signed on October 26th 1947, which is a legal and legitimate document integrating Kashmir with the rest of India. The Indian army was sent in and defeated the incoming militant army. So since October 1947, Kashmir is a legitimate and lawful part of India. The Pakistani army was defeated however never fully retreated back into it's own sovereign territory and even today occupied a small part of Kashmir illegally which is called it "Pakistan- occupied territory" (POK) or as they call it "Azaad Kashmir". No Indian army has ever fought to get this area back till date.

Upon accession of Kashmir into India, a new chief minister was appointed, Sheikh Abdullah and he introduced the Article 370 into the Indian constitution. This Article gives Kashmir "Special status"- it's own constitution, own flag and anthem. This was only supposed to be a "Temporary and Transient" to be removed momentarily, yet to this day however, was never revoked or altered.

For the past 70 years or so, Pakistani army has never come to terms with the reality that a Muslim majority state like Kashmir would pick Hindu India, and to this day, they feel Kashmir should be a part of Pakistan. It however has Zero moral or legal case over Kashmir. Because Kashmir borders Pakistan, there is sadly a regular dose of indoctrination, Islamic ideological support and a push for a separate state. Weapons and terrorism are regularly transported across the vulnerable border turning this into a war zone. The LOC- Line of Control between India and Pakistan is the most militarized zone in the world and a tragedy for a peaceful country like India to spend so much of its budget on defense on in the procurement of Nuclear weapons in the name of Defense. Today, to protect it's 1.3 Billion citizens, it is forced to the most armed country in the world and the largest arms buyer.

The articles that have been revoked are Article 370 and Article 35 A. 370 isolated Kashmir from the rest of the country. It let the state of Kashmir be ruled by its own laws. It had turned into an Islamic enclave and Sharia law in many cases was followed. Article 35A was incredibly discriminatory, which only served a few families in power. Article 35 A did not allow a non- Kashmiri to buy land or own property in Kashmir.

The majority of Kashmir is Muslim by design so this directly discriminated against the Hindus. Article 35A gave the authority to the state to decide who is a 'Kashmiri' and who is not. It discriminated not just on religion but also gender. A Kashmiri woman who married a non- Kashmiri man would loose all her state, inheritance and property rights. However, a Kashmiri man could marry a non- Kashmiri woman, even a Pakistani woman and she would gain full state rights. Members of the LGBTQ community and other minorities were also not recognized and had no rights under Article 35A. Foreign investment was also not allowed into the state leaving the youth vulnerable to recruitment into ISIS and insurgent groups. But more important than the details of these bills, these articles isolated Kashmir from the rest of India creating lot of animosity, confusion of identity and rising radical Islamic terrorism.

It must be noted that the removal of these articles were made in the Indian parliament in a completely democratic process with an overwhelming two-thirds majority in both the Upper and Lower Houses of Parliament. This demonstrates that it was approved across all party lines. Only a handful of political parties opposed this bill, manly the Congress Party and the Communist party of India as they had benefited from this political unrest in Kashmir. It did not serve their ideology. It was a masterstroke by the Modi government who were able to resolve this issue without firing a bullet, by a parliamentary vote.

There are actors who are unhappy with this decision- the secessionists, terrorists, the Pakistani army and covert elements. In preparation for this watershed moment, the government had sent an additional 50,000 troops to Kashmir to ensure law and order would be maintained. The move was welcomed without any disapproval from the international community.

This came just after US President Donald Trump met with Pakistani Prime Minister Imran khan and repeatedly kept saying that he would like to "mediate between the two countries". However he has no jurisprudence to do so and it has been well noted that any matter between India and Pakistan will be resolved bilaterally without any third party interference. The move by the Indian government affirmed this and sent out a strong message that anything to do with specifically with Kashmir is now an "Internal" matter only to be solved by India itself.

During the same meeting, Imran Khan also stated that there are atleast 45,000 terrorists in Pakistan. This came right after former US secretary of Defense General Mattis issued a statement that Pakistan is 'the most dangerous country in the world'. The US has billions in 'aid' to Pakistan which often went into it's terror industry and Nuclear proliferation program. Ironically, it is the Pakistani ISI and Taliban forces that were killing US troops in Afghanistan. On it's final attempt to internationalize an internal matter in India, Pakistan took the issue of Kashmir to the United Nations, where it was unanimously rejected and was condemned for its human rights abuses. 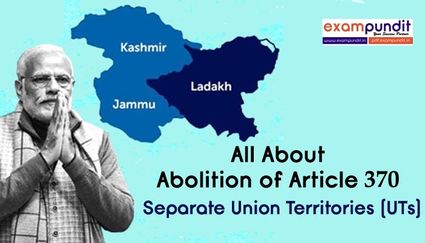 abolition of Article 370 in jammu and kashmir

In order manage any potential riots, civil unrest or violence, a lockdown was imposed in the Kashmir valley. An internet shutdown was necessary to ensure that insurgency and separatist militia were not mobilizing through digital apps which had been the norm for the valley. India needed to have high security and counter terrorism measures in place for the sake of it's citizens and sovereign territory.

For too long in Kashmir, power had been enjoyed only by separatists and a few political families in power. These former leaders were detained in house arrest and the move was actually welcome by Kashmiri residents. There have been almost no serious terrorist attacks in the valley since the lockdown of August 2019, proving why this was such an important move for India. Terrorism is at an all time low in the valley and things are beginning to come back to normalcy. This move corrected the historic wrong and relegated the Kashmiri leadership of the past into the dustbins of history forever, where they belong!