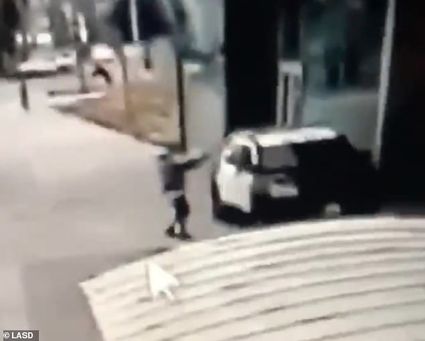 Security camera video released by the Los Angeles County Sheriffs department shows a man walking up to and firing on a black and white unit in Compton.

The two deputies, a male and female officer with the Transit Services Bureau, were shot multiple times at the Compton Police station on Saturday night.

Video released by LASD shows a male suspect walking up to the car and immediately opening fire. He then runs away from the scene. Both deputies were taken to a local hospital and are in critical condition, undergoing surgery. 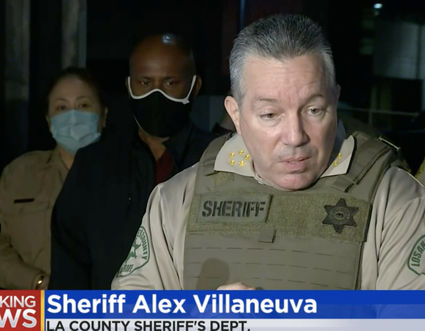 LASD Chief Alex Villenueva: "These are real people doing a tough job, and this shows the danger of the job."

"Moments ago, 2 of our Sheriff Deputies were shot in Compton and were transported to a local hospital. They are both still fighting for their lives, so please keep them in your thoughts and prayers. We will update this thread with information as it becomes available." tweeted LASDHQ at 751 pm PST Saturday.

" Update: One male deputy and one female deputy were ambushed as they sat in their patrol vehicle. Both sustained multiple gunshot wounds and are in critical condition. They are both currently undergoing surgery. The suspect is still at large." tweet at 8:22 pm PST