She was pushed to the ground, her purse grabbed. Incident was captured on security camera. 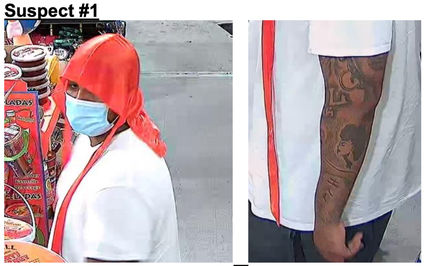 Police have released security camera screen grabs of 3 suspects who robbed an elderly woman, pushing her to the ground, on Sunday, August 20th. Video of the incident was widely seen on social media. SMPD's press release follows: 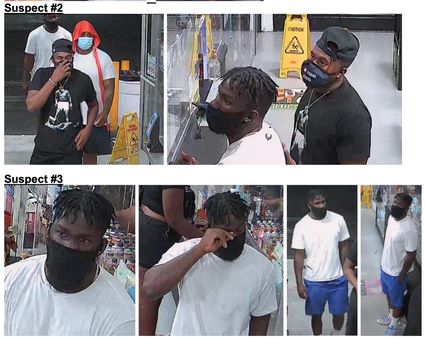 On August 20, 2020 at approximately 8:50pm a robbery occurred near the 1500 block of 6th Street. After parking and exiting her vehicle, the victim was standing on the sidewalk when Suspect-1 grabbed her purse.

During this effort, the victim was pulled to the ground and into the street. The suspect was seen on CCTV footage running towards a red SUV occupied by two additional individuals.

Detectives later located additional footage captured when the suspects attempted to use the victim's credit card at a 21 Liquor Mart located at 1732 W. Rosecrans Avenue in Gardena, CA.