About 30 active fires in the State. "Over the hill from us embers are coming down" 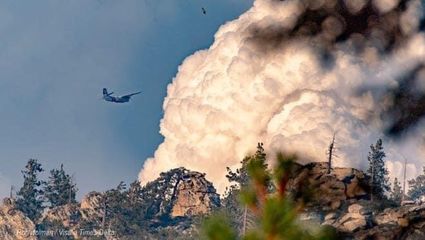 A plane drops chemical retardant onto the SQF Fire.

Fires continued to burn in California, into a third week. There were reportedly 30 active fires in California Sunday night. Fires are normal in the far Western US, though this season has been particularly difficult for residents.

"We are smack in the middle between two enormous fires...the Sqf Complex and the Creek Fire," posted Cara Elizabeth Brown, who lives East of the San Francisco Bay Area. "I was confident that after several weeks plus things would be better... However we need prayers."

"The firefighters are stretched thin, out-of-state firefighters after one month are heading home, they are cutting back personnel. The largest ash yet fell overnight."

"Over the hill from us embers are coming down.... evacuation orders were not issued for homes within 4 miles of the fire... Info is scarce." 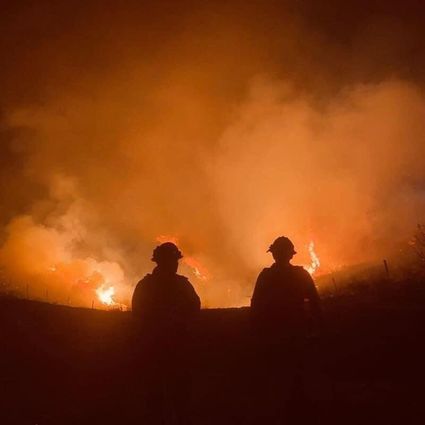 Potwisha Campground (all reservations will be canceled and refunded). The Crescent Meadow Road, which includes Tunnel Log, Tharp's Log, and Moro Rock, is expected to be closed. Public access to Mineral King Road is closed.

The Giant Forest, including General Sherman Tree will remain open

Visitors will still be able to access Sequoia National Park through the Big Stump Entrance Station, on Highway 180 from Fresno.