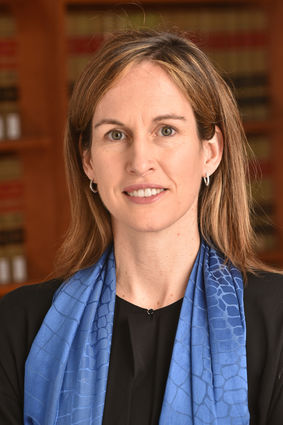 Throughout Santa Monica, about 1,488 residents currently live in subsidized housing known as Section 8, a federal program administered by the Santa Monica Housing Authority (SMHA). These are the extremely low income Santa Monicans – families, seniors, and individuals living with disabilities. One would think that a city which represents itself as a liberal stronghold fully invested in affordable housing would have concern for its most vulnerable residents and their rights. But this is not the case. The reality is that for at least the past thirteen years, the 1,488 clients of SMHA have been deprived by SMHA of their rights to participate in decisions affecting their housing. These rights are federally mandated and delineated in HUD regulations.

WHAT IS THE RESIDENT ADVISORY BOARD?

For at least the last thirteen years, likely since SMHA's inception, the agency has failed to notify its clients of the formation, or even the concept of a Resident Advisory Board (RAB), or that it is federally mandated. The RAB is a formal platform for subsidized housing tenants to provide valuable feedback about the different Housing Plans. The 5-Year and Annual Housing Plans spell out basic Housing Authority policies, programs, and services, mission, goals and objectives, and include a progress report on how the goals are being met. The Administrative Plan is the operations manual for the Housing Authority where its local rules are detailed. For example, the Section 8 wait list process and the client grievance process are included in it.

LACK OF TENANT REPRESENTATION ON THE HOUSING AUTHORITY BOARD

Similarly, for the past thirteen years, likely since SMHA's inception, the agency has failed to notify Section 8 tenants of the opportunity to serve on its governing body, the Housing Authority Board (in Santa Monica the City Council doubles as the Housing Authority Board). This effectively deprived Section 8 tenants of the federally mandated representation on the Board.

In comments to HUD's Final Rule on this matter published in the Federal Register on October 21, 1999, HUD states that its regulations have always encouraged active resident participation in Housing Authorities, including involvement in management and operation and resident membership on Housing Authority governing boards. HUD goes on to say that Congress viewed the resident board member requirement as necessary to promote a better understanding of resident concerns and to foster better relations and communication between residents and the Housing Authorities.

IS SMHA AN ANTI-DEMOCRATIC AUTHORITARIAN AGENCY?

When Santa Monica advocates started calling for the formation of the mandatory RAB in November 2019, they were shut out by the then Housing Manager of SMHA Barbara Collins, who falsely claimed that it was not mandatory for SMHA to establish a RAB. Similarly, the then City Attorney Lane Dilg failed to protect the legal rights of Section 8 tenants. Ms. Dilg allowed the Housing Authority Board to approve the Housing Administrative Plan in December 2019. This was despite public comments that the Plan had not gone through the federally mandated RAB process and that the RAB did not even exist. Only after Representative Ted Lieu's office filed a congressional inquiry with HUD regarding the matter, did Ms. Collins feel compelled to throw together a RAB. Ms. Collins resorted to quickie backdoor appointments of seven tenants, two of whom are already serving on the city's Housing Commission. This raises the question whether the RAB adequately represents Section 8 households. The rest of the 1,488 program participants were never notified of the formation of the RAB or the opportunity to participate on it.

The one and only meeting of this questionable RAB took place in April 2020. The meeting was not public and other than the seven RAB members, the 1,488 Section 8 tenants were not notified of it. The meeting reportedly consisted mostly of member introductions instead of a material discussion of the Housing Plans. Perhaps it is because the Housing Authority did not ensure that this questionable RAB was provided adequate meeting notice to examine the voluminous documents that comprise the 5-Year and Annual Housing Plans plus attachments. One member of the questionable RAB reported that prior to the RAB meeting, the Housing Authority refused to provide them with an agenda for the meeting or answer the simple question who else is participating on the RAB. Why this secrecy?

Recently a request has been submitted to HUD to intervene. On October 13, 2020 SMHA will attempt yet again to push the unlawfully created Housing Plans through the city's approval process. The Housing Authority Board is poised to approve the Plans, even though it lacks the mandatory tenant representation. A separate request has been submitted to Interim City Attorney George Cardona. It calls on Mr. Cardona's office to perform due diligence and consult with the legal department of HUD prior to October 13.

Santa Monica Section 8 tenants can file a petition with HUD to reject the Plans until there has been a proper RAB process, and until there is mandatory tenant representation on the Housing Authority Board.

WHO IS IN CHARGE?

Housing Manager of SMHA Barbara Collins retired from her position in May 2020 after approximately thirteen years of service. The current Acting Executive Director of SMHA* is Lane Dilg, who concurrently serves as Interim City Manager. Six months ago Ms. Dilg held the position of Santa Monica's City Attorney. Will Ms. Dilg ensure that access to participatory democracy in Santa Monica is available to all residents regardless of their income?