Don't Celebrate Too Soon: Gatherings Outside of Your Household Still Not Allowed in Los Angeles County Despite New California Rule - but who cares? 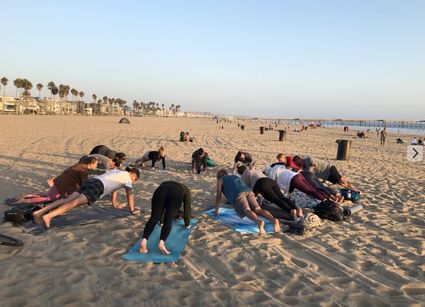 Yoga with various non-household members during COVID-19; nobody cares about these rules

On October 9, California's Department of Public Health cautiously relaxed restrictions placed March 16 on people gathering with those outside of their immediate household. Now the state allows up to three households to gather together - so long as they remain outside, keep six feet apart from each other, and wear masks except for brief breaks to eat. The rules add that singing or chanting is strongly discouraged and so is the use of wind instruments.

I kid you not. This is the micromanagement our bureaucratic officials get paid to impose on us.

Los Angeles County, however, has not relaxed its ban on gatherings one iota. Instead, LA County's Public Health Director Barbara Ferrer blamed such gatherings, along with people going to the office, for a recent uptick in cases which is preventing the county from moving to a less restrictive tier.

"The only way we get to Tier 2 is to really double down," Ferrer said in a quote from the Los Angeles Times. "We're going to have to get used to living our lives with a different set of rules."

Ferrer makes close to half a million dollars a year, is not a medical doctor, and has kept Los Angeles County for the past seven months in a state where residents are extraordinarily isolated from each other, restricted in their ability to earn a living, and denied basic civil rights.

But I'm blaming the wrong person. Ferrer is not elected and cannot impose rules. Only our elected leaders have the power - and the responsibility - for listening to the advice of "experts" such as Ferrer and making judgments based on that and on potentially conflicting advice from other experts in other areas, such as economic policy or psychological well-being. Elected, accountable leaders have the responsibility for weighing all of this and coming up with policy that will provide the highest potential benefit for the public.

Our elected leaders have not taken on this responsibility. Instead, they have been hiding behind "public health officials," claiming they have no control over restrictive regulations that cause unemployment, bankruptcy, and suicidal despair. With no "lockdown meter" showing the cost of the shutdown, elected politicians believe the only metric by which they are going to be judged is how many COVID-19 deaths they can prevent. 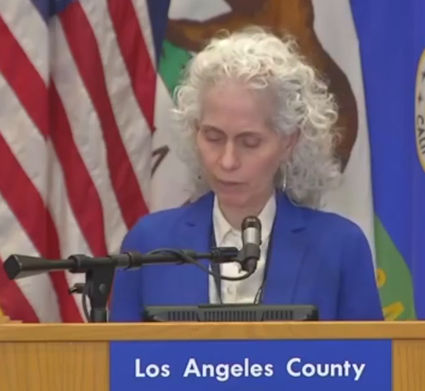 And the public is losing interest in following petty, control-freak rules laid down by elected leaders with so little integrity and such paucity of courage. Newsom's relaxation on gatherings isn't based on science. It's based on his perception that the public was gathering outside their household anyway, and he'd better look as though such behavior had the stamp of his approval on it, so he could at least appear as though he was in charge.

Los Angeles County (and City and the City of Santa Monica) are run by lower tier politicians who aren't quite as shrewd as our governor. They haven't figured out nobody cares about their regulations any more. Nobody believes local leaders have our best interest at heart. It is therefore most clear at the local level that officials have lost the compliance of a public who is sick to death of them. Even more sick of them than they are of the coronavirus.