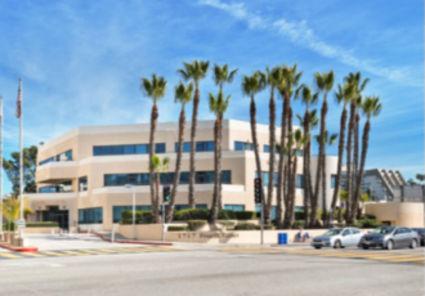 The Santa Monica-Malibu Unified School District Board of Education approved the $21 million purchase of an office building at 1717 4th Street for use as their headquarters. The building sits on district-owned land and is adjacent to the DoubleTree Hotel and santa monica high school. The hotel is also situated on district-owned land and has a long-term lease with SMMUSD.

The vote was six to one, with Board Member Oscar de la Torre the lone nay vote.

The district currently runs out of a building on 16th Street, which they plan to lease out once they've made the move to the new building. SMMUSD staff claim the new headquarters would consolidate district support operations. The SMMUSD website says, that "While financial benefits in this transaction are projected, the primary reason for the purchase is to improve educational operations."

The district claims there will be no bond or tax impact on residents due to the purchase and move. "Financial projections, modeled at the most conservative estimates, indicate that the debt service on the new headquarters will be covered by lease revenue from the former headquarters space and backed up by redevelopment agency (RDA) facility pass-through funds, which can only be used for capital facility improvements." 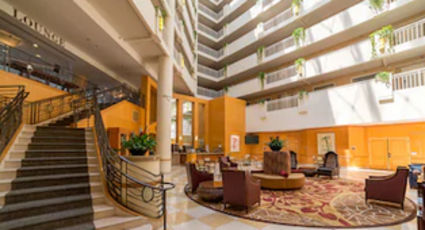 The purchase was approved at the same meeting at which the item was first brought up for discussion, which provoked some anger from area residents. Nikki Kolhoff, as quoted by the SMDP, said this was "mind boggling. "I know that you guys may have been looking at it for a long time, but you are a small group of people responsible to the public, and it is our funds and our land. You owe it to us to bring it before the public to review." The negotiation for the purchase of the building had been going on behind closed doors for almost a year. Real estate negotiations are an exemption to the Brown Act, which requires public transparency on most government discussions.

The Board members who approved the project agreed that buying the building while the School District faces a budget crisis was a "smart decision," as Board Member Laurie Lieberman put it.

SMMUSD Supervisor Ben Drati said of the purchase, "This opportunity provides students, the district and community with many benefits, and would bring the district office back to the civic center area, adjacent to our high school with the highest population of students in the entire district."

The building is also adjacent to the DoubleTree Hotel by Hilton, which sports a full-service bar in its lobby.

Improve our children's educational opportunities! Raise the taxes for our ailing schools on the wealthy homeowners of SM. Let there be a new bond issue on EVERY SINGLE LOCAL ELECTION CYCLE. Unbelievable! The corruption is mind-boggling.

I'd like the superintendent to explain exactly HOW this purchase specifically benefits students and the community. It doesn't. This is nothing but a vanity move for the school board and SMMUSD administration. It's shocking that the school board can negotiate spending $21 million of taxpayers' money completely out of public view and that only the vote to approve the purchase must be made in the open meeting. Well, district residents were stupid enough to approve an SMMUSD bond measure that was nearly half a billion dollars, so there's plenty of money to waste. Look on the bright side, at least SSMUSD has a curriculum based on so-called social justice, White privilege race-hustling nonsense, and historical revisionism, not to mention restorative justice circles (in-school babysitting) for students that should be suspended, so it's all good!