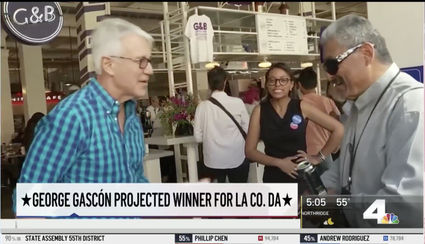 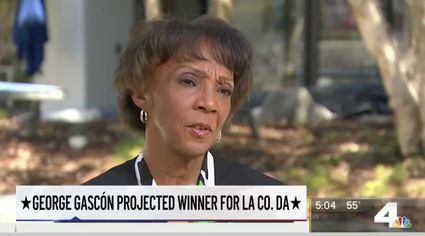 The carpetbagger from San Francisco favors no prosecution of homeless people for any crime, no drug prosecution, no minor crime enforcement, and an emphasis on social justice over, well, justice.

Jackie Lacey was elected in 2012 as the first woman and first Black prosecutor to hold the post. She had the endorsement of many unions, including those representing the police, sheriff's deputies, firefighters and deputy district attorneys.

George Gascon was a LA police officer for 28 years and a police chief in Arizona, and San Francisco before serving as DA in San Francisco.

Lacey got more votes than Gascón in the March primary. She did not win a majority of the votes in the primary—48.6% of the vote to Gascon's 28.2%.

So she had to face a run off election this week, which she of course, did not win.

When voting moved from punch cards to digital about ten years ago, the system became ripe for FRAUD. How does a guy like Gascon with VERY unpopular and controversial views on crime come down from San Francisco and after getting just 28% of the vote in the primary, add an additional 26% to his voter base in a handful of months and go on to win the election for DA over a well-liked incumbant? Gascon will be the Larry Krasner of Los Angeles. If you don't know who Larry Krasner is he's the DA of Philadelphia where riots and crime have skyrocketed since his stand down orders for police, social justice philosophy toward crime, and ending of the cash bail system (because bail is allegedly racist) went into effect a few years ago. There is NO way Gascon won legitimately. Hold on, LA. It's going to be a bumpy ride with Gascon.