50 of the 191 cities in the Southern California Association of Government's region have appealed their allocation. Santa Monica did not. 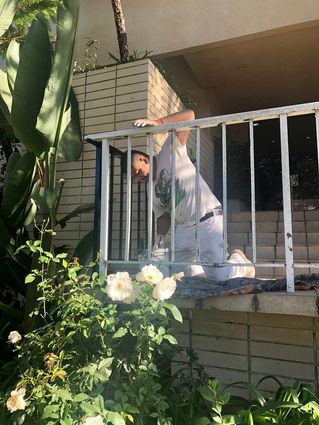 Santa Monica is to hold three virtual community workshops to "engage" the public in discussing how to shoehorn in the 8,874 additional housing units assigned to them by the Southern California Association of Governments (SCAG).

The city received its allocation of the Regional Housing Needs Assessment (RHNA) from the quasi-governmental SCAG last fall. That number originated with the state's Department of Housing and Community Development (HCD), who delivered to SCAG an estimate of the housing needs of the state between 2021 and 2029 - 1.34 million units. SCAG, made up of officials selected by the area's city governments, then divvied up this number in allocations to each city. Santa Monica's allocation is 8,874 units, more than two-thirds of which must be affordable. Zoning that will accommodate this number of new units must be certified by October of 2021.

The RHNA allocation is not a command to build this number of units. So far, our state government does not have the power to compel cities to use local taxes to build housing. It is only a number for which the city must zone to accommodate.

The 191 cities in SCAG's region have the right to appeal the number of units allocated to them. 50 area cities have done so by the October 26 deadline, including tony places like Beverly Hills and Rancho Palos Verdes; beach cities like Redondo Beach, Huntington Beach, and Newport Beach; and ordinary cities like Garden Grove, Hemet, and Gardena.

The officials in Santa Monica did not appeal the city's allocation, even though the number represents an increase in 10 percent of the city's population - at a minimum. Zoning for this large number of units would involve drastically changing the city's current zoning element and, consequently, its character and livability. An actual increase of this quantity in the city's population would require additional police and fire protection, increased energy and water demands, and more classrooms for students. Needless to say, it would increase traffic congestion and make parking even more of an issue than it already is.

Our city officials did not appeal the allocation.

Instead - after the deadline to appeal had passed - they are inviting the public, via a page buried on their website and with little publicity, to discuss how we would like to massacre our current zoning element in order to accommodate 8,874 new units and somehow convince developers to make 69 percent of them affordable. Only by clicking a link on the buried web page does the city offer some meager and completely inadequate - if not deceptive - explanation for the stakeholder workshops. "The City must update its Housing Element with a new growth strategy to plan for 8,874 units: where should the housing go and how should it be approved?" No mention of the option to appeal or reasons given for why they did not. Instead, we are admonished to remember the "major statewide housing shortage" that is "raising the cost of housing and increasing homelessness."

As if the meth addicts in the park are going to disappear after we upzone to accommodate wealthy immigrants from New York and friends of the city government, those who will benefit from the additional housing units if they are built.

It is, of course, laughable to think the city actually cares what residents might have to say. A hearing for a Draft EIR is already scheduled for December 10.

But if you want to attend the workshops, and we recommend it, they are to be held Thursday, November 12 at 12:00 pm and 7:30 pm and Saturday, November 14 at 10:30 am. A survey is also available on the website, https://www.santamonica.gov/Housing-Element-Update-Get-Involved