Any woman/man can suddenly claim to be a Man trapped in a Woman's body. 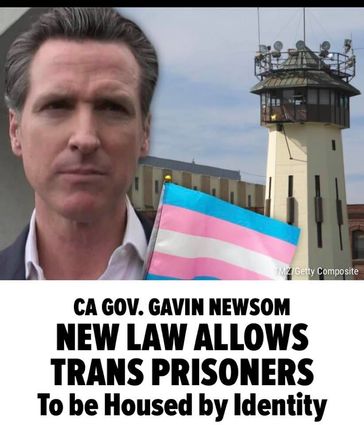 The Trans-Wave has hit the prison system! When you imagine a day in my life here in prison, you probably did not think it included so many men living in this women's prison population. It began about 4-5 years ago. Now, it's on steroids, literally. Have you ever wondered how some women with no outside financial support manage to get by?? There is plenty of Men I walk past daily. Sometimes, l forget where l am. Man, have I got a tale to tell...

Right now, in this women's prison and in men's prisons too, any woman/man can suddenly claim to be a Man trapped in a Woman's body. After doing so, the prison will be required to provide Men's clothing. The T-Shot is available for any such person! Yes, testosterone injections! To help facilitate this transformation process!! We got women taking these shots. Their voices start getting deeper. They begin growing facial hair. Their bodies become stronger and visibly larger muscles begin to grow and form!! I've been told that they even begin to grow a mini-penis. An elongated clitorus. I have never seen one but many others claim to have!! And they get really excited talking about it. A SHE-NIS (She.Penis).

I'm sure you can guess where all this TRANSformation leads right?? You guessed it. Finding a mate!! There is BIG demand for these transgender sheMEN. Many others who don't take the shot still dress like men. These ones are the aggressive Butch Style Lesbians. Very little difference. They sag their clothing. They grab their crotch. They pretend to never have been with any man. They deserve Academy awards. According to CDCR policy, anyone can designate themselves as "Identifying" male, and staff are required to call this person He/Him. Anyone. When I entered state prison in 2005, this craziness was not going on. The landscape has completely changed. Most people use it to game the system. Another tool for manipulation.

So, back to the dating game. These men have it really good in here. Not a care in the world. There are many more regular women than there are of these she-MEN. So, demand outweighs supply. Hence, whomever one of these She-Men get with must have money enough to take care of them and a lot of it. They jump from girl to girl. Using them. Causing fights. Plenty of drama. Most of the fighting is women fighting over these stud broads on the yard. Not to mention nearly all couples in prison involve domestic violence. These women get by with basically choosing to be with whoever has the most women. Like as escort. That's how this place works. A broke butch or transgender will come to prison and hit the yard, and many girls make a play for the fresh masculine meat. Low self-esteem plays a big role in this. They make their money and live off of simply taking on this persona!! Yeah, it's a circus in here. If you happen to know a correctional officer, just ask them, and you'll see I'm telling it exactly like it is. You see couples walking by as if they are man and wife, holding hands. There are occasional weddings. The whole 9. They take it very seriously. Almost too seriously. Like an obsession. Codependency is huge in here. I'm in recovery from it so, I can call it out when I see it. 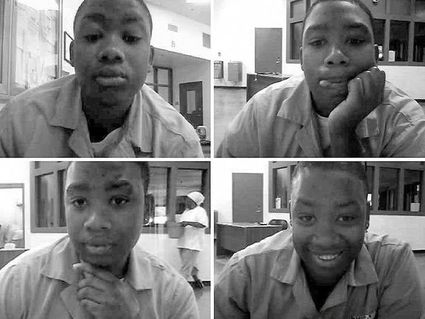 Many prisoners, of both sexes, decide to change genders while in prison

There are also a couple of transgender men who became women!! They are rare in here though. It's a spectacle in here. A real freak show. All prisons in California are required to support anyone's gender preference. So, men's prisons are also dealing with men labeling themselves as women. I can only imagine how that plays into prison politics.

Between me and you, most women claiming to be men would never make it as a woman anyway. Nearly all of the Trans and Butch are simply ugly women who changed gigs because they could not make it as a woman. Prison distorts most of what normal people do under normal circumstances. There are the rare few that come in here and were Trans or Butch their whole lives. But here, people turn trans or butch for their prison stay. Most of them leave here and go right back to men! They simply adapt for the advantages it brings!! Like any another industry, they pivot.