Joe Biden Couldn't Safely Navigate a Weekend With his Dog. Can he Manage the Country for 4 Years?

3 Weeks After Election, Joe Biden Breaks His Foot and the Media Covers For Him 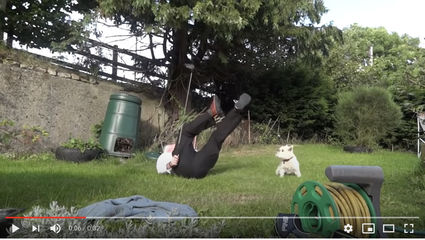 Joe Biden trips over his dog

One things becoming clear: Joe Biden is so very fragile that he cannot even play with his German Shepherd, without breaking his foot. And as usual, the Media will never demand transparency from any Democrat.

On Sunday, Biden's doctor announced that the president-elect had twisted his ankle the day before while playing with his dog, Major. The injury will likely require Biden to wear a walking boot.

"Initial x-rays are reassuring that there is no obvious fracture and he will be getting an additional CT for more detailed imaging," Dr. Kevin O'Connor said in a statement. "Follow-up CT scan confirmed hairline (small) fractures of President-elect Biden's lateral and intermediate cuneiform bones, which are in the mid-foot. It is anticipated that he will likely require a walking boot for several weeks."

Separately, the Biden team announced that the President Elect plans to move into the White House with his cat and two dogs. We hope they, and they Bidens, have all their shots.

Some people had some funwith the story. "BREAKING: Kamala Harris Secretly Trained Joe Biden's Dog To Kill Him ... Said Kamala, "While A Broken Foot Is A Good Start, I'm Expecting Much More Effort From The Dog The Next Time" tweeted @IronicDroid2

"(CNN)Days before Thanksgiving last year, President Donald Trump made an unannounced and previously unscheduled trip to Walter Reed medical center. The White House said the trip was for a "quick exam and labs." We still don't know why he actually went -- or what the outcome of his visit was. 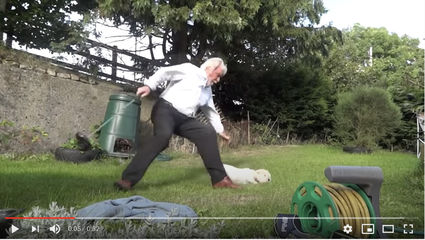 Joe Biden trips over his dog

On Sunday, three days after Thanksgiving this year, President-elect Joe Biden slipped and hurt his foot while playing with his dog, Major. We were quickly told -- via the traveling press pool -- that Biden was going to see his orthopedist out of an abundance of caution. Within two hours, there was a statement from Dr. Kevin O'Connor noting that Biden's foot had been X-rayed and it appeared as though he had a sprain. A CT scan was going to be conducted just to confirm the diagnosis, however.

Then, 90 minutes after that, came this, again from O'Connor: "Initial x-rays did not show any obvious fracture, but his clinical exam warranted more detailed imaging. Follow-up CT scan confirmed hairline (small) fractures of President-elect Biden's lateral and intermediate cuneiform bones, which are in the mid-foot. It is anticipated that he will likely require a walking boot for several weeks."