Are Christmas Carols, Cards and Greetings at School Constitutional?

The constitutionally ill-informed like to refer to the "separation of church and state" as the rationale for a prohibition of religious or seasonal expression in public places. No such language exists in the Constitution. 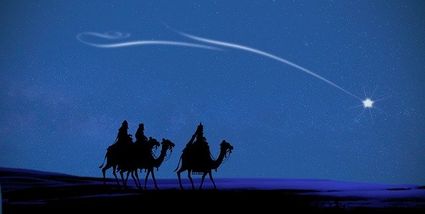 Go ahead and call it Christmas

In the present year of COVID-19 tyrannical governors shut down religious services, a 1st Amendment right, as fast as they could. During the summer months Antifa defaced and with ropes tore down statues of our past national heroes included those who made America free, as for example, George Washington and Abraham Lincoln and they even threatened to destroy statues of Christ. They also set afire churches, one St John's Episcopal, located near the White House. In these states there is definitely developing hostility against the Constitution and liberty. Sadly we also sense a growing movement within our midst against Christianity.

In this midst we are sometimes made to feel that symbols of Christianity should be mostly hidden. So what are my constitutional rights in school with respect to Christmas? It might surprise some to learn that the Constitution does not allow the government to prevent you from doing most things that you do at home also in public-even at school.

The constitutionally ill-informed like to refer to the "separation of church and state" as the rationale for a prohibition of religious or seasonal expression in public places. No such language exists in the Constitution. To prevent you from doing these things would be as unconstitutional as mandating that you do them.

Actually the language of the First Amendment, from which opponents to religion derive this falsehood, is "Congress shall make no law respecting an establishment of religion, or prohibiting the free exercise thereof." Such was included for the sole purpose of preventing the government from creating a national religion as had happened in European countries for more than a thousand years. Simply, government may not establish a state religion. Instead, government is charged with protecting "the free exercise thereof" of all religions.

So decorate your school Christmas trees (not diversity trees), distribute your Christmas cards with Biblical messages in them (not holiday cards) to your school mates, greet your school friends and colleagues with Merry Christmas (not Happy Holidays), sing "Silent Night" and "Joy to the World," in your school choirs and for heaven sakes do not let your teachers or administrators change Christmas Break to Winter Break or "Sparkle Season." You have a culture and heritage to preserve, so say the courts. You may even have a nativity scene in the classroom or on school grounds but outdoor Christmas activities are better left to parent organizations. You can do these so long as other secular messages are not disallowed.

Some might say that I am giving you the view and practice of 60 years ago. This is true, amazingly this view remains in place. Whereas the Supreme Court has participated in constitutional distortion in so many other areas in the past, the original view, the "free exercise" of religion, still holds. The Court has not ruled on any measure that would silence those who celebrate Christmas openly and in public places. If it did so it might fairly be accused of creating an organization of the irreligious to destroy religious freedom.

Yes, you might get a letter from the ACLU threatening your "free exercise thereof" of religion but the Supreme Court has never upheld their view-in fact, the opposite has been established in case after case. Because they, and the Left, have been successful in creating the opposite public impression they can bully and bluster the ignorant into forfeiting this constitutional rights.

Should they do more than bluster, which is impractical given their loss ratio in court, defending your right to celebrate Christmas in the traditional, or even historical, manner is protected by the Constitution and defended by the Alliance Defending Freedom who in the past have offered free legal assistance. Attorneys all over the country volunteer their services to protect this part of the Constitution. Should a student or faculty member feel threatened by their leadership or wish counsel on this subject they can be reached at 1-800-835-5233 and such are invited to visit http://www.AllianceDefendingFreedom.org. The Alliance will be happy to send a letter encouraging them to honor your First Amendment rights.

Alliance literature notes the things that may be done in the public setting. Colleges may decorate campus Christmas trees. Christmas programs may include religious songs. The courts have recognized for many years that Christmas carols have achieved a cultural significance that justifies their being performed in public schools. Moreover, teachers may constitutionally present Christmas passages from the Bible when treating the event in the historical sense. The First Amendment does protect the right of individuals to private religious expression on public property-even nativity scenes. Even showing paintings of Jesus Christ in public parks is constitutional.

May the government sponsor religious displays inside government buildings? Of course!! How could the Supreme Court rule otherwise? Moses with the Ten Commandments is chiseled in stone on their building. Prayer is held every working morning in both the House and Senate chambers and each dedicate a room for quiet meditation and prayer for our legislators.

So I invite you to exercise your freedom. How else will it be retrieved? If not you then who? If not now then when? Doing nothing only exacerbates the problem and encourages opponents to bluster and intimidate all the more.

Dr. Harold W. Peasearold Pease is a syndicated columnist and an expert on the United States Constitution. He has dedicated his career to studying the writings of the Founding Fathers and applying that knowledge to current events. He taught history and political science from this perspective for over 30 years at Taft College. Newspapers have permission to publish this column. To read more of his weekly articles, please visit http://www.LibertyUnderFire.org.