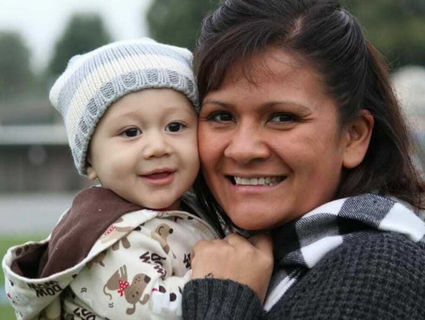 This child was beaten to death by an abusive boyfriend of his mother; she was told he would be denied parole because of the viciousness of the crime. But Gascon's policies mean he will automatically get parole at his first hearing

The Recall George Gascon Campaign is prepared to file a Notice of Intention and serve Los Angeles County's new district attorney with the papers on March 8. This is the earliest possible date, 90 days after Gascon was sworn into office.

Gascon ran on a justice reform platform, promising to straddle, somehow, the rights of victims with a rehabilitative approach to criminals. As soon as he entered office, he made good on his campaign promises to eliminate cash bail and drop all sentencing enhancements that can be used to put criminals in prison for longer periods of time.

The Recall George Gascon Campaign feels that Gascon went beyond his promises, however. They claim Gascon blindsided Los Angeles voters with radical policies far more criminal-centered than the public understood. In wooing voters, Gascon claimed he would "work toward" eliminating cash bail. Instead, Gascon simply eliminated it - even though California voters definitively chose to keep cash bail via 2020's Proposition 25. In vowing to use the "lightest touch" regarding prosecution of juveniles, voters thought Gascon would use some judgment. Instead, even the perpetrators of the most violent gang murders, serial rapists, and multiple-body homicides will be tried as juveniles if they are one day younger than 18 years old.

In an era of widespread homeless vagrants living on the streets of Los Angeles County with the consequent rise in petty theft, vandalism, trespassing, and sometimes violently mentally ill behavior, Gascon has prohibited prosecution of nearly all the common types of crimes committed by this population. He has forbidden his staff to file for resisting arrest, prostitution, drug and alcohol crimes, DUI, driving without a valid license, and trespassing. Nearly every resident of Los Angeles County has been the victim of an unstable vagrant committing some form of crime. Gascon's campaign claim that he would focus on victims' rights rings hollow. Under his authority, no tools are available to law enforcement to remove highly anti-social and dangerously crazy people from the streets.

But perhaps Gascon's most unpopular move was to eliminate all possible enhancements in criminal prosecutions. This means that hardened criminals with several violent crimes in their past will be tried as though they are first-time offenders, with correspondingly light sentencing. This means the use of a gun during a crime will not affect the sentencing. (One wonders how the gun-control advocates feel about that.) Gascon was forced to walk back dropping enhancements for hate crimes as advocacy groups for minorities and LGBTQ groups raised heavy objections.

The Recall George Gascon Campaign plans to begin collecting signatures for the required petition starting April 1 - the earliest possible date they can begin. They will have only 160 days to collect the required number of signatures, 550,000, which is 10 percent of registered voters. Should they reach this goal by October 10, a recall election would need to be scheduled by election officials. The timing of the election can result in a window as little as 13 days for candidates to file their intention to run. The recall campaign is not permitted to show a bias toward any particular candidate. 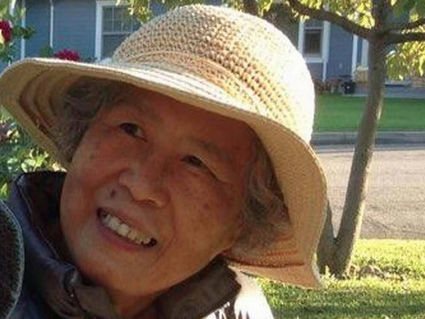 A thief brutally murdered this grandmother and left her corpse in the yard. Instead of Life Without Possibility of Parole, her murderer will be out in as little as 20 years.

The ballot for a recall election for the district attorney would have two questions. The first question would be if the voter wanted Gascon removed from office. The second question would be which candidate the voter would prefer should that answer by "yes." If a majority votes "yes" on the first question, whoever gets the most votes via the second question, even if only by a plurality rather than a majority, will become the new County District Attorney.

God bless everyone involved in this effort! If Gascon is not removed, then you know for certain that these elections are rigged. His remaining as DA serves no one, especially people in low-income areas that already experience the most crime. His insane attempt to essentially de-criminalize crime and destabilize society by turning criminals back out onto the streets as soon as possible after their arrest puts everyone's lives and quality of life in jeopardy. I had the honor of voting former CA Governor, Gray Davis, out of office, and both Newsom's and Gascon's crimes against the people of CA are far worse. They should consider themselves lucky to only be voted out of office instead of thrown in jail.