Avoiding Infection in Prison: Keep Away from the Drug Addicts and the Miserable

I believed I was happy in my bubble. I had accepted what I could. not have: HOPE. Then, California voters passed a ballot proposition known as PROP 57. I immediately got a paper from the prison stating about 4 years had automatically come off of my sentence. 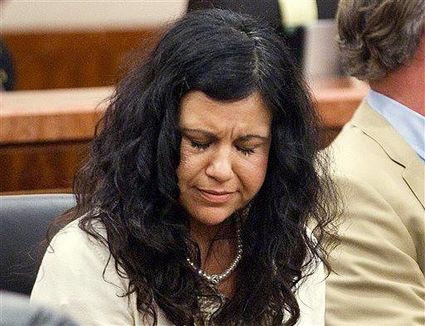 It might surprise you to know that until about 6 years ago, I lived in here in the prison environment in a state of despair. I was unmotivated, unfocused and waited until 10 years in to begin doing drugs. My parole board date was too far off in the distance to think about. I did not allow any of the thriving prisoners to mentor me because I did not trust anyone. I believed I was happy in my bubble. I had accepted what I could. not have: HOPE.

Then, California voters passed a ballot proposition known as PROP 57. I immediately got a paper from the prison stating about 4 years had automatically come off of my sentence. This was huge! That was not all. Now LIFERS could earn time off by going to school, self-help, and other activities. Essentially, I could now CONTROL my release date with my behavior?

I had become comfortable in prison and did not want to deal with change, even a good change. However, parole suitability takes a full effort for one to succeed. So, even while on drugs, I felt I had to make a decision. One that I knew would be uncomfortable and force me to give up my drug habit and get sober among a drug-filled environment.

I was fairly new to drugs, only having used for about 18 months total. So, this would also be my first time getting sober. It took me a couple of months to get mentally ready. But when I was ready, I gave up my drugs. I'm now 69 months clean. I had begun my road to who Amber is today.

While dealing with my new sobriety, I began taking classes here and there. Self-help. Just a start. I knew I had to start somewhere. As anyone who has gone through the sobriety knows, it takes time to feel normal happiness again. Plus, I did not go to the prison drug program or available AA/NA groups. That made my process take longer.

Finally, in 2018, I was full strength and mentally healthy. I kicked into high gear and began full-time classes. When I became sober, I no longer spoke to the same people. My habits changed. My thoughts changed. Fast forward to now, I'm a mentor to youth who I encounter here I prison. I show them with my behavior that I do everything I encourage them to do. It feels good to watch them improve and achieve. Especially the younger lifers.

I'm the last person who thought 'rehabilitation' was more than just a word!! I'm changed from the inside out. It feels good. I want more people in and out of prison to know change can happen. The most surprising thing is I did not want to or plan to change!! I went to classes just to get my certificates to show the future parole board! I never thought classes helped anyone. I even went in with a bad attitude. And I changed the most? I thought I was beyond repair. I blamed myself for doing things even when I did not totally understand how it happened.

It turns out, under all my pain and the walls I put up, I was hungry to change. I just did not know how and did not know I really could. Becoming who I am, while I'm still in a state of growth and self discovery, has brought me so much joy.

Here, when your fellow inmates see you actively change, especially do a total 180, like I did, many of them will be negative and critical. Especially the ones who are still on drugs and doing wrong. Misery absolutely loves company. And I've observed that evil is contagious.

Now that I've done the work to bring down my mental walls, which was necessary for my healing, my feelings are exposed. So, I guard my heart. I pray for those I see are still in their addictions around me. I remind myself their negative energy towards me, when I do not even interact with them, is not really meant for me. They're in a state of misery and pain. Most in here are. I make an active effort to be positive daily. Each step you take here, you feel the negative energy. Women tear down each others self-esteem and success all day. My change from who I was to who I am now is quite noticeable by staff and inmates. And some of my fellow inmates would like nothing more than to see me return to despair with them. The biggest barrier to sobriety in prison is your fellow inmates. 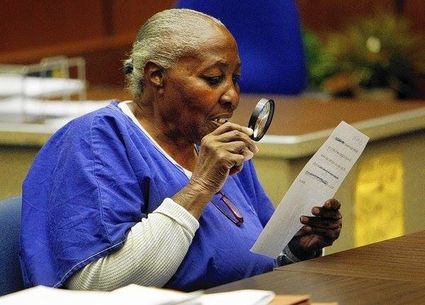 This 74-year-old woman was released after serving time for a murder she had not committed.

I'm an introvert in most cirsumstances other than a professional environment. So, I'm not vulnerable to friends' influences. Also, I've always had mostly male friends. So I'm comfortable walking and eating alone in here. No doubt that has helped me along the way. Daily I watch women allow codependence to rule their lives and it boggles my mind. In fact, in here, if you're NOT codependent, you're outside the norm! I quietly observe gaslighting and all forms of psychological warfare daily. I have learned a lot by watching people in this environment. Most are predators or prey. I'm neither. I keep my eyes open while minding my own business. Daily, I do my in-cell studies and wait for my turn to walk out of the front gate.