Will Santa Monica Cave to Big-Bucks Developer with a Massive and Wacky Building Design Seeking to Replace the Crime Vons on Lincoln? 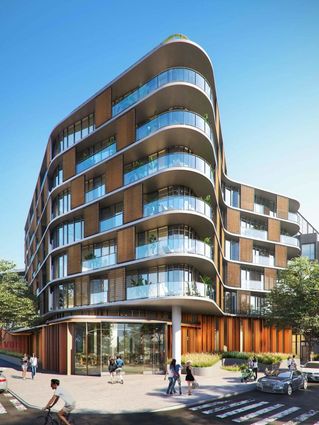 How will this facade age, we wonder?

The developer of the $1 billion Frank Gehry housing project across from the Disney Concert Hall in downtown Los Angeles is asking Santa Monica's Architectural Review Board for concessions with its plans to replace the "crime Vons" on Lincoln with a massive 63,000-square-footprint mixed-use housing development.

Once a corridor of single-story commercial buildings housing such businesses as auto repair, tile, sewing and crafts, the area on Lincoln Boulevard near the 10 Freeway is becoming a canyon of high-end residential blocks.

For the Vons site, the developer, Related California, is proposing to build 296 units, 30 percent of which will be affordable. On the ground floor, they will reinstitute the Vons, and then add a commercial gym and a restaurant. To supply all these needs, an underground garage will house 374 cars.

Related California has already put its mark on Santa Monica, erecting the $350 million housing complex next to Tongva Park. The company prides itself on its portfolio of affordable housing projects. (Though that isn't one of them.)

SW Communities, the developer of the five-story residential project that replaced the Denny's restaurant on the corner of Colorado, has proposed three additional projects on the same block. Meanwhile, construction on the residential project owned by Century West Partners and Cypress Equity Investment catercorner seems to have stopped - even though the city has assured us it is ongoing.

Santa Monica is under the gun to produce more housing over the next eight years due to the Southern California Association of Government's decree the city zone for an additional 8,874 units by 2029. 69 percent of these units need to be affordable. Do not ask how this gets funded. Nobody knows. But we suspect it has something to do with raising your taxes and issuing bonds. 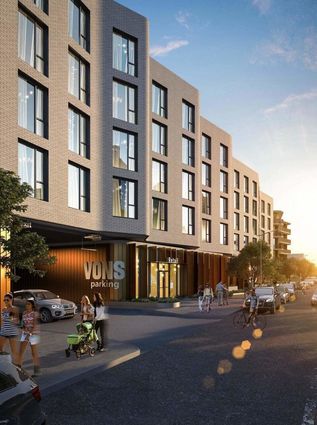 So while Related California may boast on their website that they are "committed to sustainability and stewardship," they are only offering the city 30 percent affordable units in the project. Who is going to build the remaining 39 percent required? Does the city intend to allow Related California to shove that burden onto its citizens?

Another issue quietly simmering in the plans (beside the funky, regrettably trendy design of the facade), is the number of parking spaces offered. 374 cars is not enough for each unit to park two cars, let alone service the grocery store, gym, and a restaurant. And - sorry! - two cars is what each unit will use, no matter what utopian fantasy is harbored by city and state officials. Nobody in their right mind would get on the train, where signs immediately warn you to hide your phone and other valuables. And even if the train were safe, it can not take you all the many places you need to go: work, doctor appointments, children's school. Each unit will use two cars.