Optics Over Reality with Hero Pay Ordinances for Grocery and Drug Store Workers: 4 Reasons This is A Terrible Idea

Oddly, the government-sanctioned pay raises are occurring one year into the pandemic and when infections are dropping rapidly 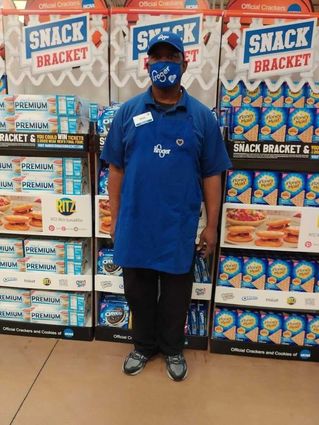 A Kroger worker in Cincinnati

March 11, 2021 The City of Santa Monica on Tuesday joined the County and City of Los Angeles in adopting an ordinance granting an additional $5 per hour "hero pay" to workers at large grocery chains and drug retailers. The law takes effect immediately and is supposed to sunset after 120 days.

The Covid-19 virus began sweeping through the local population last spring, with several plateaus and surges during the year since. Throughout this whole time, "essential workers" at food and drug stores have been in a relatively exposed situation to infection since they work indoors and come in contact with many people over the course of the workday. Most of the known Covid-19 outbreaks at workplaces have occurred in the food industry. Giving such workers financial reward for their valuable function to the community is a feel-good gesture. Surely none of us want to begrudge the workers who provide us our essentials.

And yet there is absolutely nothing correct or constructive about this new law. Here are the four top reasons it is a terrible idea.

Assuming it is correct for government to dictate wages (which it is not), this hero pay is about a year too late. Grocery store workers have been laboring in a potentially infectious environment for 12 months now. And with over 10 million vaccines administered to date in California, the danger from Covid-19 is quickly diminishing. In addition, grocery store workers are now being vaccinated, so the danger to them from Covid-19 is about to become almost nil.

2. Because it's too late, the additional pay may be going to the wrong people.

Some politicians appear to have recognized that this ordinance is more in the order of a reward for past work than an inducement to continue working, given the wind-down of the pandemic. "This is a much-deserved recognition of the sacrifices...endured for the last year," said SM Mayor Sue Himmelrich. But it's not necessarily the same people receiving the hero pay as those who labored over the course of the year. People leave jobs and people take jobs. So it's more in the order of some kind of blanket Catholic indulgence payment. Or, rather, a blanket payback to the labor unions who put the politicians in power.

3. Raising wages raises costs, which will be passed on to consumers

It isn't the grocery stores that are going to be paying this hero wage - it's the consumer. Grocery stores operate on a narrow profit margin. They have to because they are in fierce competition with each other. When government intervenes and raises the labor cost, the grocery company can only respond in one of two ways: raise prices to pay for the higher labor cost or cut the labor force through reduced hours or layoffs. The entire county of Los Angeles can look for much higher prices on food for a minimum of the next four months - until this law is sunseted.

4. Workers will lose hours and jobs

The other way a grocery store can respond to an artificial elevation of labor costs is to look for ways to reduce those costs, through reducing worker hours or laying off employees. Already The Kroger Co. has closed two grocery stores in Long Beach. Following Los Angeles's decision to mandate hero pay on March 3, they announced they will be closing three more stores in Los Angeles, including the Ralphs at 9616 Pico Boulevard, a store known for carrying kosher food for the large Jewish community there. All of the workers at these stores are obviously getting laid off - that's the whole point of closing the store, to save on their artificially inflated salaries. Kroger doesn't make decisions like closing a store out of revenge or retaliation. 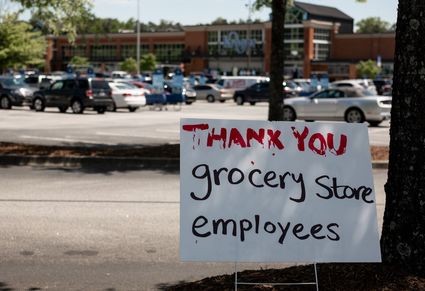 Kroger says an average employee makes $18 an hour at one of their stores. Adding $5 to that is an increase in pay of 27%. This is a huge increase in their costs. And it's a number that seems to have been pulled out of thin air (a more polite location than what I'm actually thinking). It's what "seems to be fair" in the eyes of someone who doesn't have to pay the bills or make the books balance.

More people end up employed in happier circumstances when government stays the heck away from determining wages.