Who was a Navy SEAL, an Oxford University graduate and a UCLA professor? Not this guy 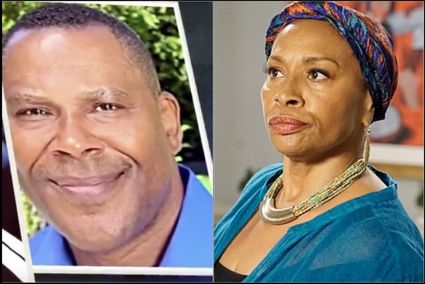 A Santa Monica man who orchestrated an online romance scam that conned four women, including "Black-ish" actress Jenifer Lewis, into investing in his sham companies was sentenced on Tuesday to 8 years in prison.

Antonio Mariot Wilson, also known as "Dr. Tony Mariot" and "Brice Carrington," 58, was also ordered to pay $272,000 in restitution by a federal judge in Los Angeles, who described Wilson's behavior as "vicious," according to a statement from the U.S. attorney's office.

The judge also ordered Wilson to surrender to authorities by Thursday to begin his sentence.

Between May 2015 and October 2018, Wilson engaged in romantic relationships with the women before conning them into giving him a total of $387,000 for his purported businesses, according to court documents. Wilson used the victims' money to fund his own lifestyle, including paying off his credit card debt, rent and buying luxury items, prosecutors said.

Wilson met some of the women through Bumble and other dating apps. He met Lewis at a gym, where he was working as a manager.

Last June, Wilson pleaded guilty to one count of wire fraud. He reportedly repaid one of the victims her $75,000 "investment," leaving $272,000 in restitution to the other three women.

In court papers, prosecutors said that Wilson is a "predator" who betrayed the trust of his romantic partners "and hurts them both financially and personally."

Wilson claimed to be a Navy SEAL, an Oxford University graduate and a UCLA professor. He relied on these false claims to get the four women to invest in his two sham companies: Ultimate FX, which he said was a sound design company, and 2nd Life, which he claimed was a software business for providing animated instructions to apply for government benefits.

He previously served four years in prison after pleading guilty in 2009 to wire fraud and tax evasion charges in California for carrying out a similar scheme.