Identity of Royal Family Member Who Allegedly Made "Racist" Remarks About the Sussex Children Revealed?

"Princess Anne absolutely knew what Meghan was from the word go..." 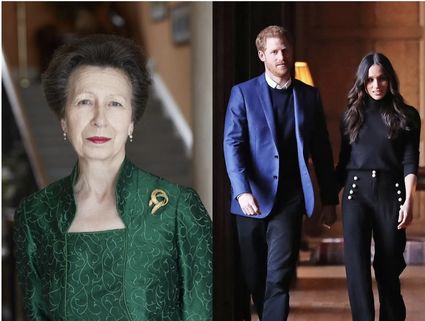 Since the broadcast of the Oprah interview with the Duke and Duchess of Sussex, speculations have abounded as to the identity of the senior Royal Family member who allegedly had expressed concerns about the skin color of Queen Elizabeth's multiracial great-grandchildren.

The answer to the heavy question discussed around the globe might have been finally revealed by Lady Colin Campbell. Also known as Lady C, she is a British socialite and television and radio personality who has published four books about the British Royal Family, including Meghan and Harry: The True Story.

In a YouTube video posted on her channel, Lady C. claims to have well sourced information as to who the senior royal alleged to be racist might be. However, Lady C. makes it clear that according to her sources, the comments in question, as reported during the Oprah interview, had been misinterpreted and mischaracterized by the Sussexes as no racial undertones were actually present in the original comments uttered by the senior royal.

Lady C. goes on to discuss the original reactions of the different members of the Royal Family to Meghan Markle. Apparently both Queen Elizabeth and Prince Charles quickly fell under Ms. Markle's charm, as did Prince Andrew and his ex-wife Sarah. However, Lady C. reports, other members of the family had some reservations about Prince Harry's new girlfriend from the beginning. Those concerned allegedly included Prince William, the Duchess of Cambridge, Prince Edward and his wife Sophie, as well as Princess Anne.

More details are revealed as Lady C. shares the information she claims has been confirmed by three solid sources, including one allegedly close to Princess Anne's children. Below is the transcript of some excerpts from Lady C.'s video.

Princess Anne absolutely knew what Meghan was from the word go. She watched the developing relationship – evidently, this is what I've been told, and I have every reason to believe that absolutely everything is accurate – with increasing horror, because the more she knew and the more she saw and the more reports she got back about Meghan, was that beneath the ruthless charm was a real operator, and she saw her coming a mile off. And she objected strongly as the relationship developed on several grounds, all of which were based upon conduct and character. And this is really important because Harry has perverted and misinterpreted and subverted the genuine concern of his family for his well-being, and he has been so completely seduced by Meghan and her nonsense and her constant playing of the race card. (...)

Princess Anne also thought that Meghan was not only a crass and vulgar operator but that she was so flagrantly attention seeking that it just absolutely turned Princess Anne off because she couldn't stand Meghan's constant "me, me, me, me!" (...) 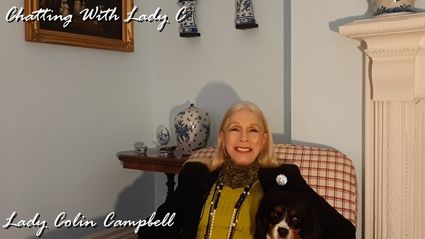 Students have suffered a full year and more of distance learning and now must come back to "socially distanced" classrooms; let's not make matters worse by creating internal divisions as well

There were no concerns about Meghan's color. Princess Anne was rightly concerned that if the marriage proceeded and there were children, there would be huge problems not because of Meghan's color but because of Meghan's inability and determination to remain unable to appreciate the cultural differences and to actually have respect for the institution into which she was going to be marrying and the family into which she was marrying because Meghan made it apparent to all these people in their 60s and 70s and 80s and 90s that they knew nothing that she had come to save them. I mean, the arrogance of it all!... (...)

Harry ran to Meghan with the objections. Meghan weaponized them on the grounds of color and now all of the royal relations except the Queen and the Duke of Edinburgh have been put under the microscope to see who is the guilty party. Well, nobody is the guilty party in terms of racism. But Princess Anne was the champion in terms of "don't marry that girl, she is unsuitable, she is wrong for us, she is wrong for the country, she is wrong for the job." Well, it's turned out to be true, and I think it's really important that this be put out there before it is weaponized by some anti-establishment anti-monarchist organization like the Mirror Group Newspapers who will doubtless spin things destructively to further their agenda and I think there are times in life when it is important to get in the first blow and this is one of them.

Omg... I, like everyone else totally believed the Oprah interview! We all did. Even OPRAH! Now what?

The British press was after Meghan and saying racist things about her even while she and Prince Harry were dating. It just got worse after they married. And not one word of defense for her from the Firm. While that had always been the Royal Family's MO, one would think an exception would be made for a family member of color. People who accuse people of color of playing the race card are ridiculous. You're white; your life is all about playing the race card. That's how our race has gotten ahead, by playing our race card and stepping on those who aren't our race. Don't you think Black and brown people know racism when they see it? They live with it EVERY SINGLE DAY OF THEIR LIVES.

I don’t believe that Ms. Markle was the first black that married into the royal family. King George III (The king during the revolutionary war with England) was married to a princess of German, Portuguese and rumored black descent. Her name was Charlotte. If you look at paintings of her you can see that her features could be described as being ethnic. I believe that the royal family was more concerned with Markle being able to adapt to the royal way of life and it protocols not because she was black and her controller and strong influence on Harry. This is only my opinion.

The Royal who wore the “blackamoor” pin was Princess Michael of Kent, who married a cousin of the Royal family. She’s a notorious racist. It was not Princess Anne who wore that offensive item.

Princess Anne is right, Rachel Meghan Markle is a narcissist and when she was very young she said she wanted to marry a Prince. Well, that comes with certain responsibilities and if you ‘didn’t know’ what the British Monarchy was about that means you weren’t very educated or didn’t bother to learn. There was never a reference about her race or color, she just used that to gain sympathy. Sorry, but if you can’t stand the heat, stay out of the kitchen.! She is acting like her character in Suits, all about me, me, me and what I want.

Just asking what the baby’s skin color will be sounds racist and the person who said it may have mentioned it a a joke but it’s a racist joke. And isn’t Anna the one that wore a pin of a caricature of a Black Man (Sambo) to a dinner hosted for Harry & Megan or at least were attending?

Most of the commentors here have forgotten so quickly the point made here. Being a member of the monarchy is a JOB. When you marry a member of a monarchy, you have an instant JOB. The person who brought up Meghan's not being good for the JOB, she was write. And Meghan has proved that over and over again. She is narcissistic. She uses the race card when she is not getting what she wants or feels her plans threatened. Too many people feel it is ok to be divided than to find a way to make peace together.

That entire family should welcome the contribution to the gene pool. Distant cousins are still cousins.

Princess Anne should not speak about race. Has she forgotten Queen Charlotte of England (who she resembles) who was bi-racial, and a descendent of Black Moors?

This just shows the complete and utter discrimination of both the commentator and Princess Anne. prince Harry is a grown man. He’s capable of making his own choices. This constant vitriolic type of rant against the Sussexes is just making the royals look about of touch with reality. Because yes it’s soooo much better to say “we’re not racist, we just don’t think she’s good enough for us or our family.” Seriously, not the message the palace or royals should be sending if you wish to say “We’re not racist,” and instead you just show yourself to be prejudiced because that “girl is not good enough.” #DoBetter

(she is not good for us) well what about harry? Harry seems to be happy with her. Of course you don't see the race problem. Because you never have to deal with racism. Racism is real , and it is disgusting to say the least. Harry and meghan are exactly where they need to be.

Of course you wouldn’t see racism!!! But when you get called on it, it turns into you miss understood , what I was trying to say. They have been and are racist. How many people of color work for them 🤔🤔🤔 . That’s what I thought, racism at its finest!!!!

Amen! Princess Anne. Congratulations for your courage to identify this travesty for what it is. I wish everyone could see as clearly through Meghan's farce as you have. It will be very devastating to Prince Harry when he finally does see it. I pray the world blesses you for your integrity for speaking out. You have definitely paid your dues as a Royal. I apologize for the pain that the royal family has endored because of Markle's assault. She is a poor representation of an American and very much an opportunist. I really appreciate all the efforts the royal family does in making this world a better place to live in.

I believe Princess Anne hit the nail on the head. There is no race card being played by anyone but Meegain. Harry was the one who said 'Megan' gets what Megan wants' He didn't know what racism was until Megan explained it to him. Good for Princess Anne. I do wish Harry and Megan would go bCk to the UK