California Loses a Seat in the House of Representatives: So Why Are We Zoning For 1.34 Million More Housing Units in Southern California?

The bureaucrats were wrong, and it's time they admitted it. Additional housing is no longer needed in California

More people left the state over the last decade than ever in its history, most of them from LA County

Every eight years, California's Department of Housing and Community Development comes up with a magic number of additional residents moving to the state for which the area must plan. The way they arrive at this number is shrouded in mystery and bureaucratese. For the future period of 2021 to 2029, HCD decided that Southern California had to plan for an additional 1.34 million more housing units.

Officials all over the region were ordered to figure out how to shoehorn in this much housing. The Southern California Association of Governments came up with more magic numbers, assigning each allotment of this 1.34 million to the various area cities. To Santa Monica, the command was to zone for an additional 9,118 units. This was later decreased to a mere 8,895 units. Over two thirds of these units are supposed to be "affordable." (Do not ask how you fund more subsidized housing than market-rate housing. You will not like the answer.)

But it turns out that the state's oh-so-knowledgeable HCD just might have made an itty-bitty little mistake. During the previous housing cycle, SCAG was told to allocate up to 438,030 additional housing units. But the area actually experienced a net LOSS in residents - to the point where the state is losing a congressional seat over the population bleed.

And the population bleed is centered in Southern California - in Los Angeles county, specifically. According to a 2019 report by Claremont McKenna College's Rose Institute of State and Local Government, as reported by the Sacramento Bee, four districts in downtown and East Los Angeles "appear to be most at risk of becoming the district California loses in 2021."

So tell me why, again, Southern California is supposed to upend our neighborhoods, empty our treasuries, and over-extend our infrastructure in order to plan for 1.34. million more housing units?

According to the 2020 Census, there was a net loss of 500,000 people from California over the last decade. Half a million people left the state, many of them apparently from the Los Angeles area.

Why must we build almost 9,000 more housing units in Santa Monica? Why were we even told to do so? Why were we asked to trust the HCD, SCAG or any other state agency regarding the housing situation nine years in the future? 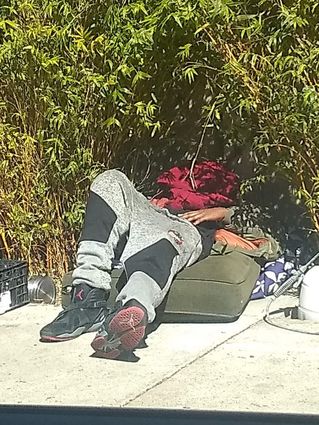 The "homeless" situation has only gotten worse, no matter how many people are hired at how high a salary to solve it.

It is always a bad idea to follow top-down governmental directives. It is always a bad idea to listen to paid experts and consultants, all of whom are corrupted by the hand that pays them. It is never a good plan to ignore the free market of the collective decision-making. No expert, no matter how uncorrupted, no government official, no matter how unhindered politically, can make a better top-down decision than will occur by allowing the people to decide for themselves.

And there are precious few, if any, uncorrupted experts or politically unhindered government officials.

The state has been utterly embarrassed. An estimated 1.3 million residents left in domestic migration. They went to find somewhere better to live because officials have made the most physically beautiful state, and the one with the best weather in the contintental United States a literal toilet. They don't need to plan for millions more residents. They need to look at how to avoid losing those they already have.

Since when has logic ever entered into their minds? They are driven by pure ideology! We're doomed.