No structures were damaged and 1 injury has so far occurred in the fire which as burned 1,158 acres of the natural landscape on the border of Topanga and Pacific Palisades. 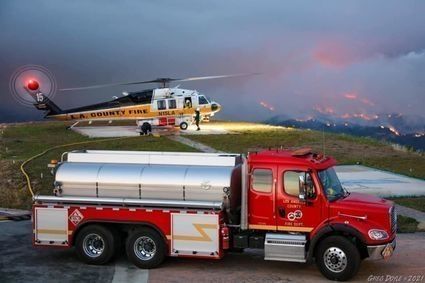 May 20, 2021 - The Los Angeles Fire Department announced last night that the Palisades brush fire that began on Friday, May 14, is at 66% containment. "Firefighters have turned the corner on this fire," reads a tweet from Wednesday night. Nevertheless, "We won't let our guard down just yet," the fire department said. "Small heat signatures still remain near the fire line."

No structures were damaged and 1 injury has so far occurred in the fire which as burned 1,158 acres of the natural landscape on the border of Topanga and Pacific Palisades. All evacuation orders have been lifted. Over the weekend, Topanga residents and north Palisades Highlands residents, about 1,000 people had to be evacuated.

On Sunday, a suspect was arrested in connection with the fire that burned over the weekend and through Tuesday. His identity was not released until Tuesday. Ramon Santos Rodriguez, 48, a homeless individual, was detained on suspicion of arson. Upon his arrest, he was treated for smoke inhalation. Currently, he is being held on $75,000 bail.

Speculation locally had been rife that the culprit was a convicted arsonist on probation who makes his home in the Palisades bluffs, paints himself red, and makes fire pits with incendiary materials amid the brush there. That individual is not the person arrested in this case.

Another suspect, who was not identified, was questioned but released on Saturday.

Regarding Rodriguez, Erik Scott, a LA Fire Department spokesman, told ABC7 that, "Helicopter pilots had seen him make multiple sets and ID'ed him starting additional fires. So in fact we did have him, not just as an arson suspect, but were able to completely ID and confirm that, and that's why we arrested him."

"The LAFD Arson Counterterrorism Section, along with LAPD, have aggressively pursued all tips and all leads," said Los Angeles Fire Chief Ralph Terrazas. At a press conference yesterday, Terrazas claimed he "didn't know" if the suspect was homeless. At the time, the investigation was ongoing. 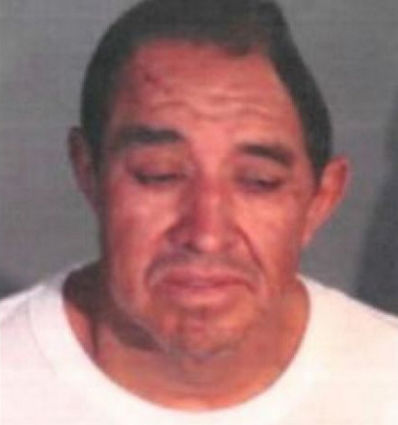 Fire officials attributed their success on Monday, after a full weekend of zero containment, on a "combined aerial and ground attack." In an earlier tweet, the County Fire Department said the lifting of cloud cover enabled them to use fixed wing planes for water dumps for the first time since the fire began. 540 firefighters from various Southern California agencies have helped to put down this conflagration.

I suppose Mike Bonin is demanding his immediate release because he belongs to two (unnamed by me) oppressed groups.