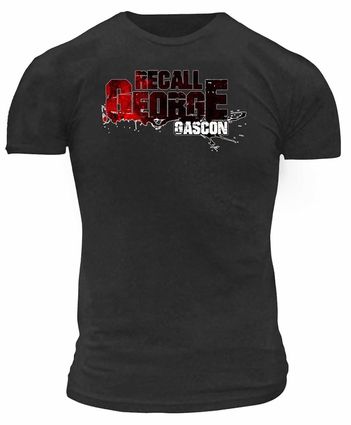 Recall George Gascon shirt is available to purchase at Americanspartanapparel.com

May 21, 2021 Yesterday, the Los Angeles County Registrar approved the petitions for the recall of LA County District Attorney George Gascon. The Recall George Gascon Campaign may now legally begin the process of collecting the 579,062 signatures necessary for a recall election against the controversial head of the prime law enforcement agency for the county. The number is derived from 10% of the county's registered voters. The deadline for arriving at that number is October 27, 2021, 160 days away. If this is achieved, a recall election will probably take place in 2022.

George Gascon entered office in December of 2020 and immediately astonished the prosecutorial staff at his office by making sweeping changes to the way the law was enforced. Or rather, not enforced. According to the recall campaign, even voters were blindsided. Gascon had promised voters he would "work toward" eliminating cash bail. Instead, Gascon simply eliminated it - even though California voters definitively chose to keep cash bail via 2020's Proposition 25. In vowing to use the "lightest touch" regarding prosecution of juveniles, voters thought Gascon would use some judgment. Instead, even the perpetrators of the most violent gang murders, serial rapists, and multiple-body homicides will be tried as juveniles even if they are merely one day younger than 18 years old. He has forbidden his staff to file charges for resisting arrest, prostitution, drug and alcohol crimes, DUI, driving without a valid license, and trespassing.

Perhaps Gascon's most unpopular move was to eliminate all possible enhancements in criminal prosecutions. This means that hardened criminals with several violent crimes in their past will be tried as though they are first-time offenders, with correspondingly light sentencing. Gascon will not add available (and in some cases required) sentencing enhancements for the use of a gun during the commission of a crime. He has been the defendant in a lawsuit filed against him by the Association of Deputy District Attorneys, his own staff, to force him to follow the law. He lost.

"His twisted social experiment is jeopardizing the safety of our communities and revictimizing victims and their families all over again," said Desiree Andrade, organizer and spokesperson for the Recall George Gascon campaign in a press release.

The homicide rate in Los Angeles has spiked since the beginning of the year, with a 186% rise in murders as of February 28. As of May 3, 115 people had been killed along with a reported increase in the use of guns.

Fourteen county cities have voted "no confidence" in Gascon: 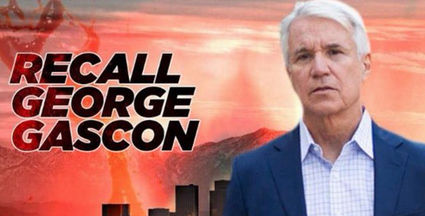