Drug bust is believed to be ‘one of the largest in LA County history,' say Culver City Police 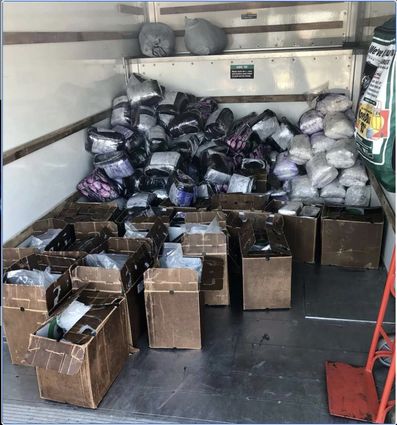 A drug-trafficking investigation, conducted by Culver City police along with detectives from other agencies, has netted 2,500 pounds of Methamphetamine and about 200 kilos of cocaine valued at $60 million, local authorities announced this week.

"This drug seizure is believed to be one of the largest in Los Angeles County history," the Culver City Police Department said in a statement.

The drug bust was conducted earlier this month by the by the multi-agency task force, CCPD said. The investigation involved a high-scale drug trafficking organization and led to the authorities issuing two separate search warrants in the East Los Angeles County area, where they seized the large haul of drugs.

Police officials have not revealed if they made any arrests during the drug bust.