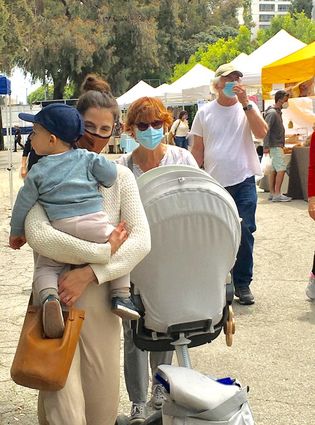 A pilot program calling for the closure of portions of Main Street during summer weekends has received the green light from the Santa Monica City Council despite complaints from residents that it is a "hare-brained scheme" that will negatively impact their neighborhoods.

At its Tuesday night's meeting, the Council directed staff to move forward with the program to "open a 1½ block-long portion of Main Street (between Hill Street and Kinney Street) to pedestrians with expanded outdoor business operations during three to four weekends a month." The first-weekend closure will occur in mid-July or August, city officials said.

The Main Street Pilot Program was requested two months ago by the Main Street Business Improvement Association and Ocean Park Association as part of the city's economic recovery efforts. In May, the Council voted unanimously to direct staff to draft a street closure plan as well as assess the traffic impacts on surrounding neighborhoods.

"This pilot directly serves all of those stated goals, which we believe also align with the' City's long-term objectives,' he said.

However, many residents complained the pilot program will only benefit the bars and restaurants on Main and will "greatly increase traffic, pollution, congestion and noise" in their neighborhoods.

"A handful of bars and restaurants on Main Street are pushing a hare-brained scheme to close the street to vehicular traffic on weekends so they can expand their seating areas into the entire roadway," said resident Karen Blechman.

On Tuesday night, the City Council also extended pandemic-era changes that will support Santa Monica's continued economic recovery in the lead to the June 15 full reopening of California's economy.

"Santa Monica's small, local businesses need continued support from all of us, and your City is here to expedite our economic recovery in all the ways we can," said Mayor Sue Himmelrich. "Our fast and flexible work during the pandemic brought businesses outdoors for safe operations and spread a new vibrancy to Santa Monica's streets and sidewalks."

The Council approved a one-year pilot – "Santa Monica Outdoors" – to allow continued use of park-lets, streets, sidewalks, and public spaces at the Santa Monica Pier and Third Street Promenade, as well as private property, for outdoor dining, retail, and fitness, with fees waived through the rest of 2021. 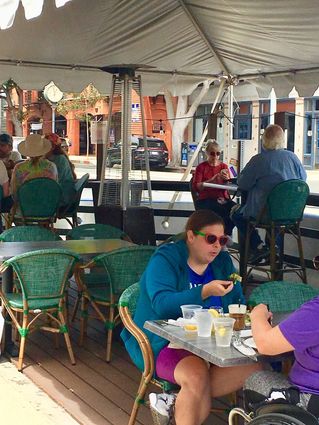 Eating under a tent: outdoor dining on Main Street.

The City Council also approved the following efforts for the local economic recovery:

Adopted an Emergency Interim Zoning Ordinance that extends temporary uses of private outdoor space for commercial activity that would otherwise expire 30 days after the conclusion of the pandemic-related emergency orders; and

Authorized fee waivers at least through December 31, 2021 for outdoor dining license fees, waivers and fee reductions for outdoor fitness fees in city parks and the beach, and extended the fee waivers associated with temporary use permits,

In just a few words...STUPID IDEA.