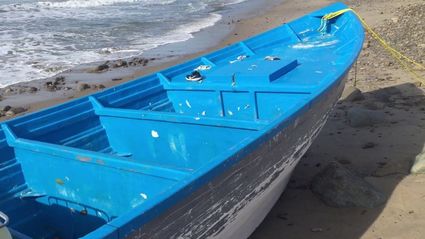 The boat was discovered about 8:45 a.m. near the 23200 block of Pacific Coast Highway, said officials from the Los Angeles County Fire Department.

Authorities told the local media they were looking for any possible occupants of the boat and investigating an unconfirmed report that a body may have been found in the area. 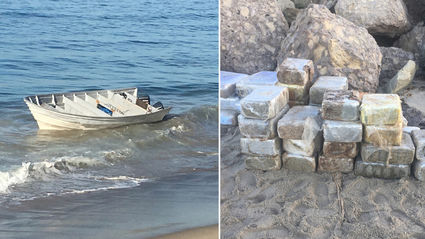 "A panga style boat was recovered and a couple of lifejackets but nobody was taken into custody," said U.S. Border Patrol Agent Angel Moreno.

According to the U.S. Customs and Border Protection, the panga boat is commonly used in drug smuggling along Southern California's coast.

Two years ago, authorities found 577 of pounds of marijuana and 605 gallons of gasoline in a panga boat that was beached in Malibu.

The unoccupied, grounded vessel was reported near the area of Pacific Coast Highway and Deer Creek Road and authorities determined the 35-foot boat was a "narcotics smuggling vessel using a makeshift wrought-iron anchor."

A search of the panga yielded 41 bales of marijuana and 37 large containers of gasoline. Authorities said that large amount of gasoline is common among smuggling panga boats.