Sue Himmelrich is married to Michael Soloff who is Chair of the Housing Commission and co-chair of SMRR, an influential organization which endorsed Torosis for Council. It has been reported that last year Himmlrich and Soloff hosted a fundraiser in their north of Montana home for Torosis in her bid for a Rent Control Board seat. 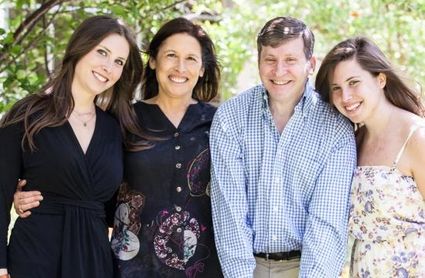 Mayor Himmelrich with her husband Michael Soloff who is co-chair of SMRR and Chair of the Housing Commission, and their daughters. Photo credit: Santa Monica Mirror Archives.

A conflict of interest is a situation in which a person such as a public official has a private or personal interest sufficient to appear to influence the objective exercise of his or her official duties. Often, this is a financial interest, but it could also be another sort of interest, for example to provide a special advantage to a family member. An apparent conflict of interest is one in which a reasonable person would think that the public official's judgement is likely to be compromised.

When it comes to conflicts of interest, appearance is as important as reality because it diminishes the public's trust in government.

I have previously brought up publicly the issue of Mayor Himmelrich's apparent conflict of interest relative to her husband Michael Soloff who serves as Chair of the Santa Monica Housing Commission. At that time, Mayor Himmelrich promptly recused herself from voting on a commission-related issue.

It is my hope that Mayor Himmelrich will also act properly tonight and recuse herself from participating in any nomination or vote on the candidacy of Caroline Torosis for the Council seat.

Santa Monica is a small town that for decades now has been plagued by incestuous relationships among the ruling oligarchy. The two most politically prominent organizations, SMRR and Santa Monica Forward, had been controlling who ends up on the City Council, either through influence or financial support.

However, in an unprecedented turn of events, during the most recent election in November 2020 the residents fired three of the Council incumbents. To replace them, regular Santa Monicans were elected in hopes of saving the city from its progressing deterioration mostly caused by the influence of special interest groups.

I commend Mayor Himmelrich on her conviction that Councilmembers are not sorority members and should not be appointing each other to the Council. A special election is in order. To those frowning at the cost I say there is no price tag on democracy.

Below is a list of the organizations and individuals who endorsed Caroline Torosis in November 2020. I call on all the Council members to analyze it from the point of view of a real or apparent conflict of interest, such as interest peddling, and to act accordingly tonight.

Caroline is proud to be supported by the following*