DA Gascon's Solution to the Surge in Violent Crime: Therapy

Gascon used to act like he was head of the Public Defender Office; now he just acts like he's God 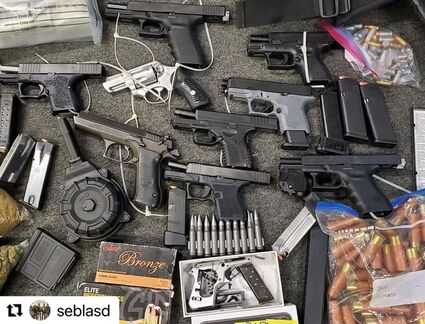 Both the California legislature and the LA County district attorney's office want to reduce penalties for using a gun to commit violent crime. Why?

June 30, 2021 - Los Angeles District Attorney George Gascon held a press conference on Wednesday to explain to the public how he is going to address the surge in violent crime in Los Angeles, a surge that coincidentally began around the time he assumed the position of chief law enforcement officer in the county.

"Public safety strategies have traditionally been reactive and reactionary, instead of proactive and preventative," Gascon said at the presser. "Traditional" methods, such as policing, arrests of criminals, trials and incarcerations of those deemed injurious to public safety are so passé. Instead, Gascon intends to "intervene and prevent crime."

You got that? Gascon is going to solve the crime problem by PREVENTING it from ever happening in the first place. So stop your worrying. This should work beautifully.

Speaking at the presser with Gascon was LAPD Chief Michel Moore, who gave qualified approval of Gascon's initiative to embed prosecutors with specific LAPD divisions to collaborate with detective personnel.

Far more effusive in their praise for the vaguer portions of Gascon's crime-reduction philosophy were the heads of several do-good nonprofits, all of whom are dedicated to the welfare of criminals, both in and out of prison. No one representing victims was present. Other than Chief Moore, no one representing any sort of concern for public safety spoke in favor of Gascon's utopian pipe dream to reduce what he admitted was in increase in violent crime. Moore himself did not address the idea that preventing crime ahead of time through therapeutic, social intervention was going to reduce the high number of violent crimes currently occuring in the city.

Instead, the press heard from Sam Lewis, Executive Director of the Anti-Recidivism Coalition. ARC's mission is "to end mass incarceration in California," i.e., abolish all prisons.

Also speaking at the presser was Skipp Townsend, chief executive officer of 2nd Call. 2nd Call "provides an alternative to violence and abuse through intervention, counseling and support" of "high risk individuals, proven offenders, ex-felons, parolees and others who society disregards." 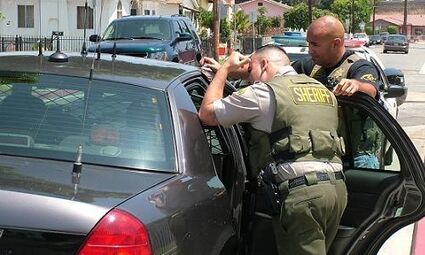 When law enforcement make an arrest, they have little confidence the defendant won't end up walking free under Gascon's directives

The existence of organizations who work to help those who've committed crimes to solve their problems and learn to behave better is entirely laudable and worthy of whole-hearted support. The mission of Live-Free to stop police abuse of power is also laudable, in its fashion. The issue is that the mission of these organizations is entirely different from the mission of a district attorney of the county. The district attorney is supposed to prosecute the criminals caught by law enforcement and see that they go to jail. The district attorney's constituency is not criminals, a fact that appears to have escaped George Gascon. His constituency is the law-abiding public. His job is make the streets as safe as possible for people who already know how to behave in a decent, non-criminal manner.

If Gascon had wanted to work toward helping vulnerable individuals who may veer toward criminal acts, he should have taken a different job. If the recall effort against him succeeds, he may get an opportunity to do just that.