Flagpole vandalized and flags are currently missing from in front of Santa Monica City Hall. 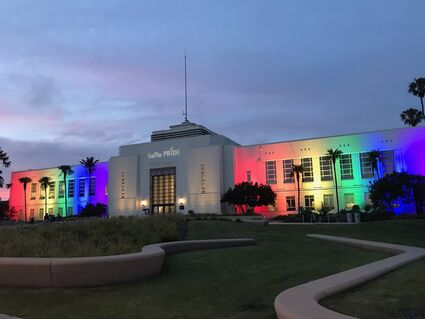 Someone has vandalized the flag in front of Santa Monica City Hall. Both the US Flag and the LGBTQ flag are missing.

"The US flag and pride flag were raised in front of City Hall for the month of July," said an unnamed source at City Hall. "However, about 1½ weeks ago, staff found the pole hardware vandalized and both the US flag and pride flag missing. A work order has been placed for pole repair. The flag will be raised as soon as the pole is repaired and a new flag has been ordered."