...And Leads Hike In Support Of World Elephant Day 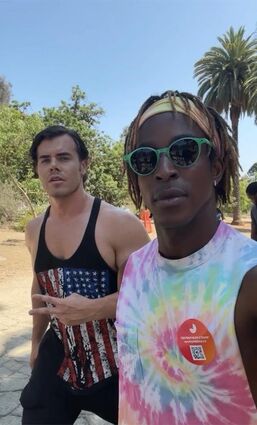 The 10th Annual World Elephant Day, was observed on Thursday and sparked numerous global efforts in support of these majestic creatures.

In the United States, California-based The Elephant Project in partnership with the social impact platform and app Cluster, hosted a digital event, as well as an in-person event in Los Angeles lead by actor/influencer Shaka Smith (https://www.Instagram.com/shakastrong) 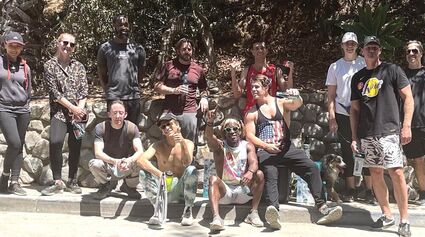 Shaka is joined on the hike with his friends.

"Discovering the abuse these incredibly intelligent and kind creatures endure in the name of entertainment, I knew I had to raise awareness for this cause" said Shaka Smith, a vegan who has been a long time advocate for various animal and environmental causes.

Called the Elephant Project Walk, people were encouraged to walk or run one mile wherever they were, as well as donate and share their impacts via social media to raise awareness and funds toward educating people on elephant conservation and the abusive practices elephants face in captivity.

Maximilian Acevedo, star of Netflix's Babysitter Killer Queen joined Shaka in solidarity for the LA based hike, noting after seeing an educational campaign video produced by Cluster and The Elephant Project, Don't F***ing Ride Elephants, "it was impossible not to come out and support"

All proceeds from the were donated to Trunks Up, a nonprofit organization that aids the critically endangered Asian elephants.