"As the argument escalated, Campos retrieved a handgun from their car and handed it to Macias," police said. 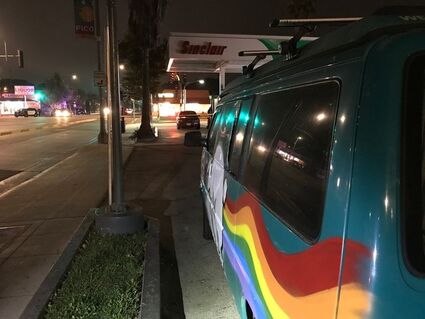 A verbal argument escalated into a shooting in a Santa Monica parking lot Friday night, landing a twosome from El Monte in jail, local police said.

Jesus Manuel Macias, 36, and Lucero Campos, 26, were booked on a litany of charges in connection with the shooting, including child endangerment, according to Santa Monica Police Department.

Witnesses told police Macias was in a verbal argument with the victim in the parking lot. "As the argument escalated, Campos retrieved a handgun from their car and handed it to Macias," police said. "Macias fired multiple rounds at the victim, missing both times, and both Macias and Lucero fled the scene."

After obtaining the suspect and vehicle description, police officers located the fleeing vehicle on the eastbound I-10 freeway, SMPD said. The vehicle was stopped near Sawtelle Boulevard and Matteson Avenue.

In addition to Macias and Campos, officers also found three minors inside the car and a loaded 9 mm handgun, said SMPD.

"Witnesses identified Macias and Campos as the individuals involved in the shooting," said police.

Anyone with additional information pertaining to this incident is encouraged to contact Detective Tavera with the Criminal Investigations Division at 310-458-2256 or the Santa Monica Department's Watch Commander (24 hours) at 310-458-8427.