Gascón ideology is not making us any safer 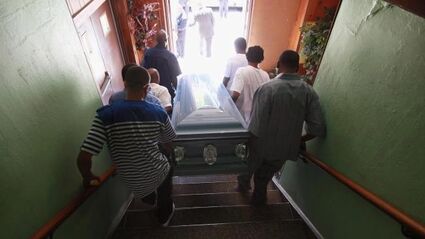 Mourners transport a coffin in Chicago, 2012. Most victims of gang violence are minorities and many are not gang members

According to District Attorney George Gascón, "The past four decades have not made us any safer." This recent ahistorical statement is incredible for two reasons. First, it reveals willful ignorance by Los Angeles's top prosecutor of the historic decline in crime since the 1990s. Second, it reflects an ideological bent that snubs the progress we have made in public safety. Despite his claimed allegiance to data and science, statements like this are devoid of both.

Bill Maher calls this orientation "progressophobia": the sin of [not] admitting when things do get better. Rather than acknowledge historical trends and gradual progress, the progressophobist will ignore it. Ideologues often employ this willful ignorance to delegitimize past gains and bolster their frequently extreme alternatives.

Notwithstanding Gascón's ideology, the past four decades have made us safer – a lot safer. Nonpartisan think tanks have gone so far to refer to the past 30 years as a period marked by the "great crime decline:"

Gangs and guns were the drivers of these violent decades, and they scourged disadvantaged neighborhoods. A 1994 article published in the Journal of the American Medical Association found firearms were used in 95 percent of gang murders. The victims were 93 percent African-American or Latino. Tragically, in one-third of the cases, the victims were non-gang members.

The reasons for this decline are complex and still not fully understood. There are reliable studies that suggests increased police forces and tougher sentences like California's Three Strikes and "10-20-life – use a gun and you're done" laws played a role. This is not to suggest that the tough on crime approach was uniformly effective, or came without unintended consequences, but some polices likely had an impact on reducing violent crime.

But our gains are under threat. 2021 could be the year we witness the reversal of the "great crime decline." Just as marginalized communities were the beneficiaries when violent crime was declining, they are disproportionally feeling the impact. Watts experienced a 140 percent increase in murder when comparing year-to-date figures from 2021 to 2020. This compared to a 25 percent increase city-wide-and a 100 percent decrease in West Los Angeles.

No single study can solidify why these number are edging upwards, and researchers are still looking for answers. However, this does not seem like the ideal moment "to turn our court system upside down," as Mr. Gascón has advocated. Nor is it the moment to reverse three decades of policies and practices that, despite some flaws, appeared to coincide with significant ]reductions in crime rates. His approach could not come at a worse time.

In addition to Gascón's abandonment of many prosecutorial tools, the defund the police movement reduced the budgets of the Los Angeles Sheriff's Department and the Los Angeles Police Department, the two largest law enforcement agencies in Los Angeles County. Even gun and gang laws are targets of the progressophobia movement.

The state legislature recently attempted to repeal the "10-20-life – use a gun and you're done" law. Thankfully, sensible members of the legislature put a stop to it. The California Assembly recently passed AB 333, a bill that guts gang enforcement. We are now awaiting its fate in the California Senate. Again, the timing could not be worse. Just when gang murders are rising, our legislature, without any serious study, wants to abandon gang enforcement. 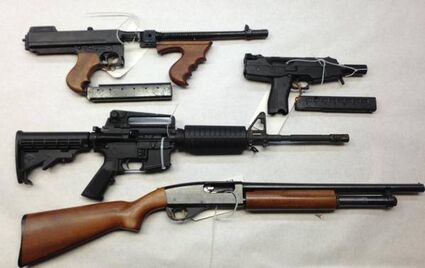 Weapons confiscated during a gang sweep in Oakland in 2015

California and Los Angeles saw major public safety benefits in the past four decades. We saw less bloodshed and safer neighborhoods. The greatest beneficiaries lived in the most marginalized neighborhoods. These reductions created other benefits, including more livable neighborhoods, trauma avoidance, and better educational outcomes. These gains cannot be taken for granted; vigilance is required.

Violence is now trending upwards. At the same time, Gascón and progressophobists are leading an uncritical retreat on many aspects of the criminal justice system that may have helped make us safer. It would be a tragedy to see those hard-won gains eviscerated in a matter of years, because of reckless social experiments – especially when they are based on ideology rather than evidence.