Gascon Will Not Face a No-Confidence Vote in Santa Monica

Phil Brock, Santa Monica Councilmember, intends to rewrite his resolution asking for the law to be followed 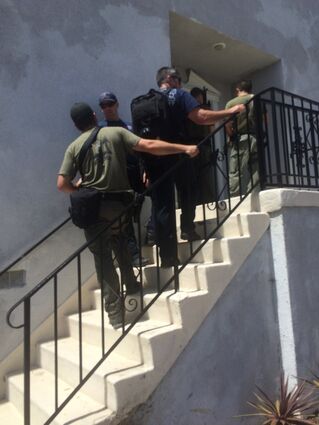 Police assist at an apartment break-in in 2019; the perpetrator had been living in the building's laundry room - but trespassing is not a crime according to Gascon

A resolution that would have requested Los Angeles County District Attorney George Gascon to follow state law regarding sentencing and bail was pulled by its author, Santa Monica Councilmember Phil Brock, who says he was unable to get support from other council members. The resolution took issue with three policy directives of Gascon's since he took office: forbidding requests for cash bail, dismissing misdemeanors without conditions, and elimination of nearly all sentencing enhancements.

Now Brock told The Observer he would like to bring the resolution back in a different form, focusing on what he deems the most significant issue. "The 13 motion I introduced cut too broad a stroke, when I wanted to address a central issue, keeping bad guys off the stree when they have just committed a crime." He added, "I am concerned about criminals who are arrested for committing felonies and the district attorney's office reducing the potential charges to misdemeanors when filing the charges. This has happened numerous times over the past eight months, including several cases within Santa Monica. That is my only concern."

This would be different from the original resolution, which addressed the misdemeanors Gascon has directed his staff to dismiss. According to Michele Hanisee, President of the Association of Los Angeles Deputy District Attorneys, these crimes include trespassing, disturbing the peace, criminal threats, drinking in public, drug and paraphernalia possession, under the influence of controlled substance in public, public intoxication, resisting arrest, driving without a valid license or with a suspended license, minor in possession of alcohol, loitering, and loitering to commit prostitution. While Gascon is district attorney, individuals may commit these crimes with complete impunity. Police have no reason to intervene and therefore will not. 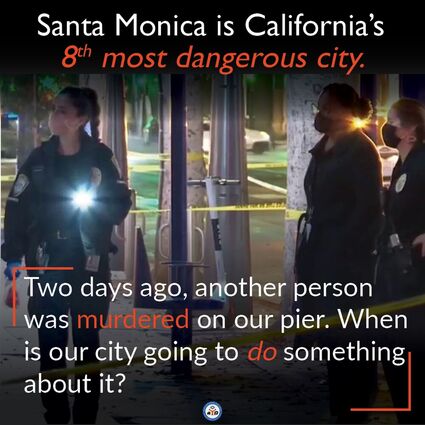 This poster is published by the Santa Monicans for Safety group on Facebook.

Brock did not say if his new resolution would include a request to reinstitute cash bail. Felonies that qualify for zero bail under Gascon's directives include felony assault by means of force likely to produce great bodily injury, felony domestic violence resulting in a traumatic condition, molestation of a child aged 15 and older, human trafficking of a minor for commercial sex acts - among others. Under the current zero bail rules, individuals accused of these crimes may walk free with no detention while they await their court date.

Brock said, "I believe the leniency that the DA is exhibiting may indeed be valid upon sentencing and useful through alternative sentencing but certainly not when a criminal is first arrested. Our justice system must have teeth to deter those who would do wrong and make them think twice about harming others or stealing someone else's hard-earned property."

At the Council meeting on July 27 when the resolution was pulled, a public comment call supported the original resolution, calling it "essential and crucial" and voicing "apprecation this has been put forth." The caller said, "The law is the basis on which all decisions are made," and that it is "dangerous for a city when laws are not followed."