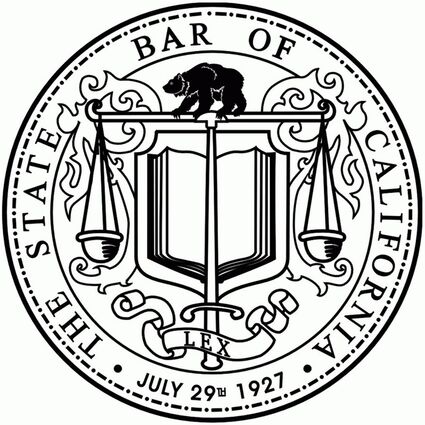 To Whom It May Concern,

I am writing to express my concerns regarding the news of the State of California Bar appointing George Cardona as Chief Trial Counsel.

Since the California State Bar is currently undergoing much awaited reforms, it is particularly important that the new Chief Trial Counsel is highly skilled and has a history of ethical and professional conduct.

This communication is being submitted to the California Bar in the form of an Open letter because the Bar has recently been the subject of a state audit, and apparently it "operates largely out of public view" as per the 4/29/21 AP News article.*

It is my hope that the Bar will conduct a thorough, diligent and objective investigation of Mr. Cardona's performance as the Interim City Attorney for the City of Santa Monica in order to determine if his past conduct meets the Bar's standards of ethics and professionalism.

Some of Mr. Cardona's conduct in his role as Interim City Attorney that is concerning includes:

1. Allowing the continuation of illegal negotiations regarding the development of an 11-story, 240-room luxury hotel proposed on the only remaining major parcel of publicly-owned, undeveloped land in downtown Santa Monica (The Plaza) despite clear legal authority against it. Mr. Cardona hid from the California Department of Housing and Community Development (HCD), the Santa Monica City Council, and the residents of Santa Monica documents and other information vitally important to the applicability of the California Surplus Land Act to The Plaza. As a result, the City of Santa Monica failed to abide by this Act, which requires the City to first offer publicly owned land for affordable housing, park and recreational or open-space purposes.​​ A local community organization had to raise funds to hire an attorney in order to sue the City to compel it to pursue these community priorities on public land.

3. Failure to recognize the apparent conflict of interest of the paid Executive Director of a housing legislative advocacy organization who sits on the Santa Monica Housing Commission. The commissioner remains an unregistered lobbyist despite the local requirement that Executive Directors of nonprofits need to register as lobbyists. The commissioner in question continues using the Housing Commission as a platform to push her organization's agenda. The Fair Political Practices Commission has been investigating this commissioner and her organization for three months now.

a. failure to allow public comment on several agenda items,

b. failure to enforce that the City Council agenda be published on the City website in accordance with the specific requirements,

c. allowing that a closed session item be agendized even though it should not be discussed in closed session (e.g. the hiring of a headhunter firm to search for a new city manager, entering into amicus briefs),

d. and most recently on 9/28/21, allowing the Council to discuss two unagendized items, including the recognition of Mr. Cardona as the outgoing interim City Attorney, in an apparent attempt at preventing the public from being able to offer public comment on the item.

In the interest of protecting the public I request a thorough investigation of Mr. Cardona's performance as the Interim City Attorney for the City of Santa Monica, before the California Bar allows him to assume his duties as Trial Chief Counsel.

Perhaps Mr. Cardona's appointment to such an important position with the State Bar, a prominent organization tasked with protecting the public and enhancing the administration of justice, should be reconsidered.