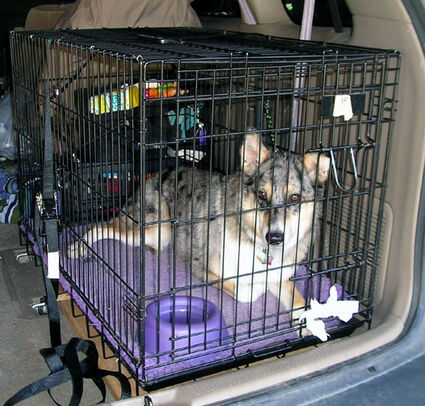 Dog in a crate. Stock photo.

California has passed a new law that will phase out the inhumane practice of keeping "blood slave" donor dogs in captivity.

Over the weekend, Gov. Gavin Newsom signed a law, AB1282, which lets veterinarians run community blood banks where residents can take their pets to donate blood, which they can later sell and transfer to clinics that need it.

The new law, known as the California Pet Blood Bank Modernization Act, also creates a plan to eliminate the "closed colony banks" where dogs are kept in facilities while their blood is repeatedly drawn.

"A three-year animal welfare reform effort will now be implemented," said Assembly member Richard Bloom, one of the bill's co-authors. "I am elated that we are finally on the verge of replacing a long-standing inhumane practice and with a model program that will ensure the proper treatment of animal blood donors in California."

AB 1282 also addresses the shortage of animal blood for veterinary transfusion medicine in California. While community banks are common in other states, they were not allowed in California until now, said state officials.

Under the new law, the state will phase out "closed colony banks" 18 months after officials determine that community banks are selling at least as much canine blood as the closed banks sold in a year, Bloom said.

"I am very excited to see California take this step," said Dr. Jeannine Berger, a veterinarian and a senior vice president with the San Francisco SPCA. "Veterinarians regularly face a lack of lifesaving blood and blood products to respond to emergencies, leaving animals and families in deep – and avoidable – distress. With AB 1282, California will reduce the suffering of many animals and the people who love them." 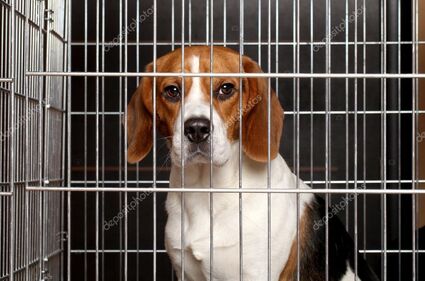 Dog in a crate. Stock photo.

Three years ago, People for the Ethical Treatment of Animals filed a complaint with the state alleging that 200 greyhounds kept at a "closed colony blood bank" in Orange County were being mistreated. Animal rights groups and veterinary experts have said community canine blood banking can be done safely with modern veterinary science.

"Animals kept in closed colonies, which is currently the only source of animal blood, are housed in cages for up to 23 hours a day and deprived of companionship, stimulation, and exercise all for the purpose of being bled on a regular basis which is why these animals are rightly referred to as 'blood slaves' " said Judie Mancuso, Founder and CEO of Social Compassion in Legislation.

"We thank Governor Newsom for bringing California into the 21st century by modernizing this antiquated and barbaric decades-old law."