A prop bullet remained in the gun's barrel. The prop people loaded a blank, and it propelled the forgotten bullet out of the weapon and into people. 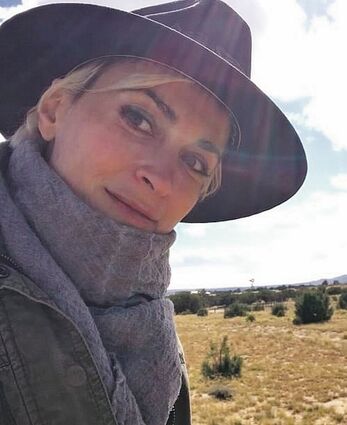 10/21: Actor Alec Baldwin accidentally fired a "prop" gun on the set of a film called "Rust", the Associated Press reported Thursday evening. The weapon discharged and killed Director of Photography Halyna Hutchins, and also injured director Joel Souza. Baldwin was said to be "distraught" after the accidental discharge.

One social media source (@BJBaldwin) posted: "There was a prop bullet in the chamber, to get a closeup. It had a charge that would send it just an inch down the barrel. That was its design. They (the prop people) did not realize it remained in the weapon. They reloaded the weapon with a blank. Baldwin discharged the weapon, and the charge in the blank propelled the prop bullet toward personnel."

The prop was fired at Bonanza Creek Ranch, where filming of the movie "Rust" was underway, the sheriff's office said in an early evening news release. Baldwin stars in the production.

The Santa Fe County Sheriff's office had said that a 42 year old woman was airlifted by helicopter to a hospital after she was shot by a prop gun. She died at the hospital. The Sheriff added that a man was receiving emergency care at another hospital. On Friday, they issued the following statement:

"Santa Fe County Sheriff’s deputies were dispatched to the Bonanza Creek Ranch movie set of the western “Rust,” October 21, 2021, when an 911 caller reported a shooting on the set.

"The sheriff’s office confirms that two individuals were shot on the set of Rust. Halyna Hutchins, 42, director of photography and Joel Souza, 48, director, were shot when a prop firearm was discharged by Alec Baldwin, 68, producer and actor.

"Ms. Hutchins was transported, via helicopter, to University of New Mexico Hospital where she was pronounced dead by medical personnel. Mr. Souza was transported by ambulance to Christus St. Vincent Regional Medical center where he is undergoing treatment for his injuries.

"This investigation remains open and active. No charges have been filed in regard to this incident. Witnesses continue to be interviewed by detectives."

Filmmakers have traditionally used real guns on movie sets but load them with blanks instead of real bullets to avoid a similar mishap. Baldwin’s gun had real bullets in it. It’s still unclear why.

Last week’s incident left the veteran actor “hysterical and absolutely inconsolable for hours,” the source told People. In a Twitter post Friday, Baldwin said he was heartbroken for Hutchins’ family.

According to Ms. Hutchins’s website, she was originally from Ukraine and grew up on a Soviet military base in the Arctic Circle. She studied journalism in Ukraine and film in Los Angeles.

She called herself a “restless dreamer” and an “adrenaline junkie” on her Instagram profile. She posted multiple images this month from the set of “Rust,” including a video on Tuesday of her riding a horse on her day off.

“The details are unclear at this moment, but we are working to learn more, and we support a full investigation into this tragic event,” their statement said. “This is a terrible loss, and we mourn the passing of a member of our Guild’s family.” 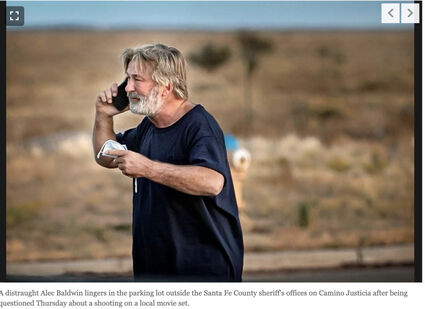 Jim Weber of the New Mexican

Baldwin was reportedly distraught after the incident.

Alexander Rae Baldwin, 63 is an actor, writer, comedian, film producer, and political activist, says Wikipedia. He is the eldest of the four actor brothers in the Baldwin family. Baldwin first gained recognition appearing on the sixth and seventh seasons of the CBS primetime soap opera Knots Landing.

Legal experts say Baldwin could face charges for negligent homicide in New Mexico, where the incident occurred. This would depend on the facts, which so far are unclear.

Negligent homicide is a criminal charge brought against a person who, through criminal negligence, allows another person to die. Another term for this is recklessness.