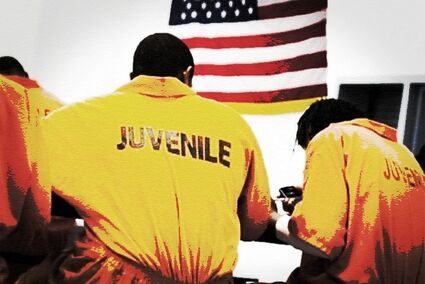 If juveniles face no consequences for their crimes, what do they learn? And how can society be safe?

District Attorney George Gascón's blanket "Youth Justice Policy" is retraumatizing victims whose cases were concluded years ago. Family after family has been told that the person who murdered their loved one and was sentenced to prison will be released.

﻿Sixteen and 17-year-olds who commit exceptionally heinous and brutal crimes, who are repeat offenders, or whose crimes exhibit adult sophistication can legally be charged in criminal court. Prior to Proposition 57, the decision whether to keep the minor in juvenile court or transfer them to criminal court was made by the district attorney. Proposition 57, enacted by the voters in 2016, changed the law to allow the prosecutor to make a motion to transfer a minor to criminal court but required that a judge make the final decision.

Former minors (all of whom are now in the 20s or 30s) who were charged, convicted and sentenced in criminal court prior to Prop. 57 have been sent back to the juvenile court by the Court of Appeal with an order to the court to hold a retroactive transfer hearing. Although transfer motions had been filed in each of these cases before Gascon took office, Gascón has now determined that his policy of never sending juveniles to criminal court should apply retroactively. The result is that approximately 20 former minors who were convicted of gang murderers, sometimes of multiple murders, are now back in our communities having served only a few years in custody.

Gascón's blanket policy is retraumatizing murder victims' families. In addition, community safety is significantly endangered because gang members have become aware of Gascón's policies. Gangs are now soliciting their youngest members to commit the most heinous crimes since these minors will serve little time.

One such defendant is Andrew Cachu. Cachu was just two months shy of his 18th birthday when he shot and killed 41-year-old Louis Amela outside a Palmdale restaurant in March 2015. Cachu was convicted by a jury who also found the murder and armed robbery was gang-motivated and involved use of a gun. Cachu was sentenced to 50 years to life which, under the Youthful Parole law (Penal Code 3051) would have made him eligible for parole after 20 years. Alisa Blair, who recently transferred to the district attorney's office from a career in the public defender's office, is now Gascón's special advisor on Juvenile, Diversion and Collaborative Courts. She took over the Cachu case in May 2021. Marsy's Law (Cal. Const. Article I, Section 28) provides that victims of crime have a constitutional right to be notified about all court proceedings and speak to the assigned prosecutor. Despite this, Blair never contacted the victim's family. Blair did, however, have contact the defendant's family. During a May 10 recorded jail phone call between the defendant and his mother, Cachu's mother tells him, "Hi Mijo. You know who that was? ... That's Gascón's special advisor ... She's the one I've been emailing back and forth ... She looked at me like 'Girl - I got you."

In keeping with Gascón's policies, Blair requested to keep Cachu (now age 24) in the juvenile system. The judge converted Cachu's conviction to a juvenile adjudication and set it for a disposition hearing (similar to a criminal sentencing hearing). At a juvenile disposition hearing a prosecutor must present evidence to the court to enable the judge to determine the appropriate sentence. In the absence of evidence, a court cannot make the findings required to sentence the former minor. At Cachu's disposition hearing, Blair did not present any evidence. Because of this, Cachu was released after spending just over six years in custody for a gang motivated armed robbery and murder. The judge stated during the hearing that Blair's actions were intentional and her refusal to put on evidence left him with no legal ability to do anything other than release Cachu.

The victim's family is devastated and feels abandoned by their district attorney, George Gascón.

Gascón's policy also mandates that juveniles can only be charged with the lowest possible crime and only one count per incident. Sentencing enhancements that reflect the gravity of the crime, such as the use of a weapon, infliction of great bodily injury, or committing the crime for the benefit of a gang, could affect whether the minor is detained (kept in custody) or whether the crime qualifies as a strike. But pursuant to Gascón's policy, these allegations cannot be charged. Gascón's policy means that if a minor robs several people at gunpoint, the most he can be charged with is one count of grand theft person. Not filing appropriate charges and enhancements also means that the case is not open to public. (Welfare and Institutions Section 676). This absurd policy prevents the public from learning about these heinous crimes, and gives the false impression that minors are not committing violent crimes.

Recently Blair has stated that the office's new, as yet unwritten, policy will be that cases will only be filed for juveniles who commit murder and forcible sex crimes. In all other cases, charges will not be filed at all. Instead, juveniles will be "diverted" (placed on informal probation and charges dismissed). Not providing consequences to juveniles who commit armed robbery, car jackings, home invasion robbery or gang shootings gives the message that they can continue with their violent behavior.

Gascón's policies have resulted in dangerous individuals being released from custody and has empowered minors to commit crime with little fear of consequences. His policies also provide a false narrative and misleading statistics that juveniles are not committing dangerous or violent crimes. Victims of crime demand justice. Our communities deserve to have an elected official that is dedicated to public safety.

Kathleen Cady began her career as a prosecutor in 1989 and retired in 2019. She is one of several former prosecutors who are providing pro bono assistance to crime victims in response to Gascón's policies.