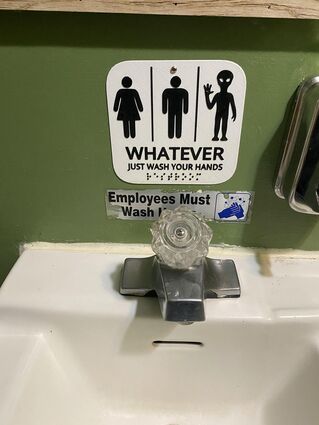 Apparently a starbucks in Los Angeles has taken the gender neutral bathroom movement to a whole new level. A sign on the door and also above the sink, tells patrons they are welcome whether they are men, women or well, space aliens.

"Usually, i think so yeah. I feel like most of the time this is someone trying to be "hip" by saying look, you're welcome here regardless of gender identity -- but it just does so in an icky way without really realizing it," said one patron. 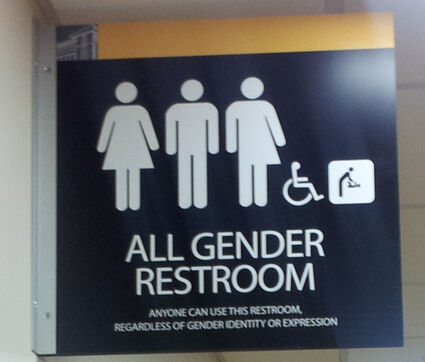 The historical purposes of sex-separated toilets in the United States and Europe, as well as the timing of their appearance, are disputed amongst scholars. Safety from sexual harassment and privacy were likely two main goals of sex-separation of public toilets, and factors such as morality also played roles, says Wikipedia

Paternalism and resistance to women entering the workplace might have also played a role. Some women's groups are worried that unisex public toilets will be less safe for women than public toilets that are separated by sex. The push for gender neutral bathrooms is driven by the transgender community to combat harassment and violence against these populations.

Unisex public toilets may benefit a range of people with or without special needs (e.g. people with disabilities, the elderly, and anyone who needs the help of someone of another gender or sex), as well as parents who need to help their infant or young child with using the toilet.