Woman fell or was pushed from a height that almost certainly was intended to kill her. 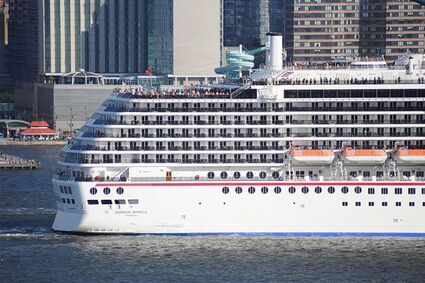 12/111/21: "Man Overboard!" came the 3:30 am call on the loudspeakers of the Carnival Miracle cruise ship off the coast of Baja California. A woman fell or was pushed from the 5th floor, and fell into the Pacific ocean. A fall from that height would ordinarily result in injury. If the person was not pulled out of the water quickly enough, hypothermia would set in.

Passengers were in the midst of a three-day voyage from the Long Beach Cruise Terminal to Ensenada.

“Someone has lost their life, whether it was done by accident or by foul play I don’t know,” said Daniel Miranda, a Northern California firefighter paramedic on board the ship, according to CBS Los Angeles. “There’s some high suspicion of foul play.”

KNBC also reported that many passengers are also concerned the incident occurred from foul play, after the woman fell from the fifth-floor balcony of her stateroom.

After over 31 hours of searching, the Coast Guard halted their search on Sunday. This is tantamount to a factual finding that the woman had died off the Baja California coast.