"Evidence suggests that only those who have recently completed their vaccination series or are boosted have significant protection from becoming infected with the highly contagious Omicron variant." 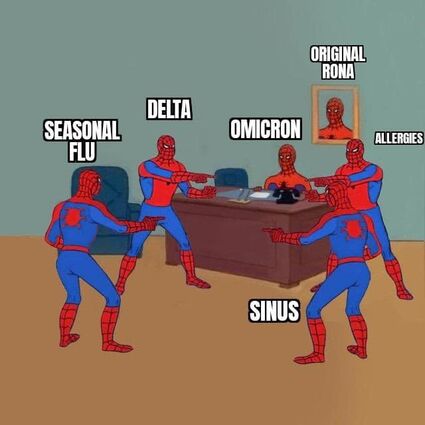 Perhaps you have to have seen the movie...

December 31, 2021 - The last day of the year brought yet another record-breaking number of daily new cases of Covid-19 in Los Angeles County. Health officials announced 27,091 new positive cases of Covid-19, roughly 7,000 more than yesterday's daily number of new cases. 12 deaths were reported and 1,365 people are in the hospital with Covid.

Deaths from Covid typically lag behind the date of the initial infection by four weeks or more, according to Director of Public Health Dr. Barbara Ferrer. The recent increase in daily cases began about a week and a half ago, when daily case numbers went from the 3,052 on December 21 to 6,509 on December 22.

As of the week ending December 24, the Omicron variant was responsible for an estimated 54% of the county's Covid-19 cases. The large daily increases in case numbers argues that this percentage has risen since then as Omicron is known to be more infectious than the Delta variant that has dominated in the area since last spring. If Omicron is gaining ascendancy, the case fatality rate may be lower for this winter's surge compared to last winter when either the alpha or ancestral strain of Covid was dominant. Numerous studies around the world indicate Omicron is far less deadly than earlier variants, including Delta. 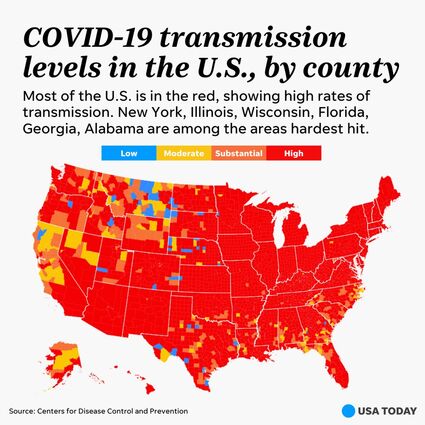 County public health officials are reluctant to be too optimistic, however. Dr. Barbara Ferrer, PhD, MPH, MEd, Director of Public Health said in a press release today that "The days ahead will be extraordinarily challenging for all us [sic]" as case numbers rise. Her concern is that the health care system may become overwhelmed with the "explosive transmission" and that millions of Angelenos are vulnerable to infection. In a rare burst of candor regarding vaccination, Ferrer admitted, "Evidence suggests that only those who have recently completed their vaccination series or are boosted have significant protection from becoming infected with the highly contagious Omicron variant." CDC Director Rochelle Walensky admitted last August that vaccines do not protect against infection. Ferrer herself noted the increasing number of county infections among the vaccinated in a press conference yesterday, and some well-publicized studies indicate that protection from infection via vaccination has largely worn off by 10 weeks post-injection.

Vaccinations do, however, appear to continue providing protection against severe disease after two months. If Omicron is, in fact, less deadly than Delta, there will be less death per case than during the previous large surge, almost exactly a year ago. The issue is the sheer number of cases will, though proportionately less deadly, produce a large raw number of people needing hospitalization.

It is unlikely that the measures suggested by health officials - to limit intermingling and wear medical-grade masks - will do much to stem an extraordinarily infectious virus.