Actress Betty White Dead of Cardiac Arrest. She Was at 99.

Woman who revolutionized comedy for women, dies in her sleep when her heart stops beating 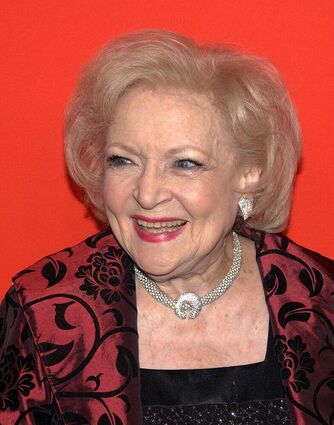 Just when we thought 2021 couldn't get any worse. Betty White has died of cardiac arrest at the age of 99. In bed, in her home in Los Angeles, reports TMZ and multiple news sources. She was 99 years old. Her heart simply stopped, which happens to the very elderly, if they live long enough.

“Everyone felt that they knew her, the community loved her” said one of her neighbors, Genie Woolf speaking on KNX.

Betty Marion White Ludden (January 17, 1922 – December 31, 2021) was an American actress and comedian. A pioneer of early television and with a career spanning over nine decades, White is noted for her vast work in the entertainment industry, having been one of the first women to exert control in front of and behind the camera, as well as for being the first woman to produce a sitcom (Life with Elizabeth), which contributed to her being named honorary Mayor of Hollywood in 1955.

White was eight years old when she made her radio programming debut in 1930. Several years later in young adulthood she began working as a radio personality in Los Angeles under the guidance of disc jockey Al Jarvis. After making the transition to television, White became a staple panelist of American game shows, including Password, Match Game, Tattletales, To Tell the Truth, The Hollywood Squares, and The $25,000 Pyramid; dubbed "the first lady of game shows", White became the first woman to receive the Daytime Emmy Award for Outstanding Game Show Host for the show Just Men! in 1983.[10] She is also known for her appearances on The Bold and the Beautiful, Boston Legal, The Carol Burnett Show, and Saturday Night Live.

With a television career spanning over nine decades, White worked longer in that medium than anyone else in the television industry, earning her a Guinness World Record in 2018.[11][12][13] White received eight Emmy Awards in various categories, three American Comedy Awards, three Screen Actors Guild Awards, and a Grammy Award.[14] She has a star on the Hollywood Walk of Fame, and was a 1985 Television Hall of Fame inductee.