Putin Hopes to Win Back All of Eastern Europe With his Ukraine Gambit--Poland, the Baltic States, Hungary and Bulgaria

What would the right thing be? What would a strong US president, a Ronald Reagan or a JFK do? The fate of Eastern Europe hangs in the balance. 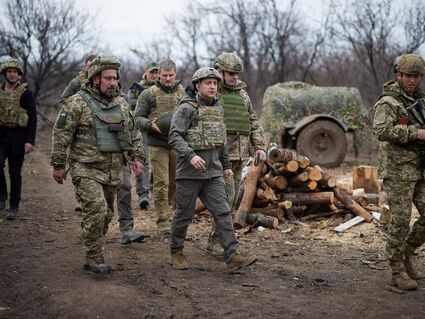 Russia has 175,000 troops massed along the border with Eastern Ukraine. But he has placed calls to US President Joseph R. Biden, offering peace talks. What exactly does he have in mind?

This is clearly the size of an invasion force. The United States had only 120,000 troops in Saudi Arabia before she invaded Iraq in 1992.

Vladimir Putin is a strongman, and his Country loves him for it. He has been in office for 20 years. At 68 he could win another 3 or 4 elections in Russia. Russia's elections are far from fair, but Putin could win in a fair election. He is not messing around with Ukraine either.

Putin hopes to win back all of Eastern Europe from NATO with his Ukraine Gambit--Poland, the Baltic States, Hungary and Bulgaria. The lessons of Afghanistan were not lost on Putin. The old KGB agent sees a once in 50 year opportunity, with an old incompetent man in the White House.

He also sees racial, social and economic differences in the United States exaggerated by a once in 100 year pandemic. Covid has affected Russia too; deaths there are believed higher than in the US proportionately. He believes the US absolutely cannot afford to do the right thing in Ukraine.

What would the right thing be? What would a strong US president, a Ronald Reagan or a JFK do? Offer the Ukraine immediate membership in NATO. Move a couple US divisions, along with other NATO troops, into Ukraine. Stand up to a strong man for once. Force is a language that China and Russia speak. Unlike Biden, Putin is respected or feared by his own people. Unlike Biden, Putin is at the top of his game. 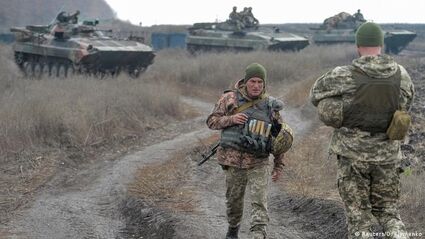 Biden has warned Putin that the U.S. and its allies would "respond decisively" should Russia attack Ukraine, and that Russia would face "severe consequences." Talk is cheap, and no one believes that the Biden administration means anything of the sort. They watched the US retreat from Afghanistan in July, too. They watched Democratic leaders stand and watch while US cities burned last summer. They know the US does not have sufficient resolve to defend its own Southern border, let alone Ukraine's borders.

I doubt very much that Biden or the feckless men around him. have the capacity to see the true price of indecision and weakness. They didn't in Afghanistan. Be prepared for Biden to try to give Putin what he wants. Biden has no taste at all for conflict. He believes the military is not an instrument of foreign policy, but a way of implementing social change and equity.

Biden will no doubt present his 2022 withdrawal deal to Congress and to the American people as "Peace in our time." Appeasement....we have been down this road before. It won't end well.

The author has an MA in Russian and Eastern European Studies from Stanford University.